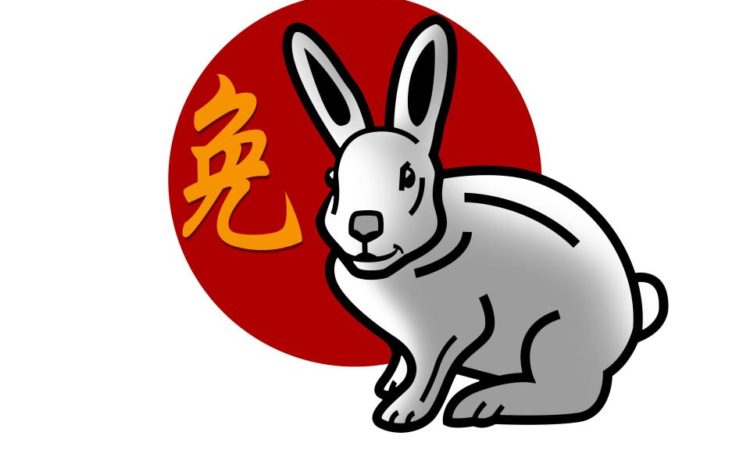 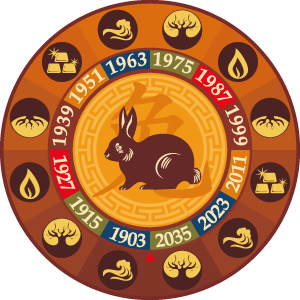 Cat and Rabbit people are the happiest. They are gifted, nice to be with, discreet, refined, reserved, ambitious, and virtuous. Nobody ignores them, for they are good company and know how to make the best of themselves. They love to entertain family and their homes are often beautiful because they have excellent taste.

The Cat and Rabbit are conservative, hating anything that disturbs their quiet life or poses problems for them to solve. More than anyone else, they need to keep their comfort and their security. They are timid and will undertake nothing before they have weighed the pros and cons and have examined the deal from every angle.

The men of this sign are men of the world, sometimes snobs, and the female loves to show off her social sense and culture – usually newly acquired. They will study a subject in depth with the sole object of shining at it, but ignore at the same time, other thing that are far more important. Sentimental rather than truly sensitive, they are more easily moved by personal problems than by the great wrongs of the world.

Financially, this is a happy sign. They tend to be astute business people. They are good providers for their families. They choose investments that are safe. The people born in this year of the Cat, or Rabbit, judge the amount they must earn by the needs of their family and community. They understand the value of a dollar. In their finances, as in all other aspects of their lives, they know how important it is to live each moment as it comes. They are not much interested in deferred gratification, as they have a healthy respect for the here and now. 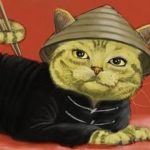 The Cat and Rabbit people will settle down well with the Goat, as they have deep appreciation and respect for each other. The honest Dog and the scrupulous Pig will do equally well. But the Rooster will exasperate them with its bluster and its boasting. And as for the Rat – well, he has to be avoided like the plague.

Relations with the Tiger, in love as in business, will always be strained. The Cat, being of the same race and knowing all the Tiger’s tricks, refuses to be impressed and gets themselves out of the mess by the use of tricks and strategy.

People of the Far East regard the Cat, or the Rabbit, as it may be – with a certain amount of distrust. Popular belief has it that witches and wizards change themselves into Cats. But the ancient Egyptians adored the Cat, or the Rabbit, as if it were a god. There is something offbeat and mysterious with this sign, as if the Cat, or Rabbit holds the secret to some great truth that they dare not reveal. They have the ability to turn any weakness into strength.