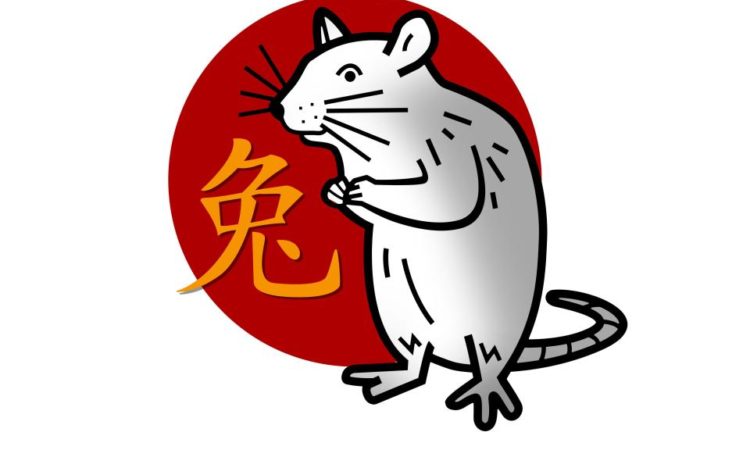 The Year of the Rat is the first in the Chinese Zodiac cycle. The rat represents wisdom. Rats are healthy. They are full of energy and active, which helps them keep fit and avoid sickness. The rat is born in the element Water, also known as Shui. Their lucky flower is the Lily of the Valley.

The Rat likes to be the center of attention. They like to be part of an in-group. Whatever they do, the Rat prefers to live by their wits rather than by their work. They do not wish to deny themselves anything. They can be enormously generous to others, both family and friends. The Rat had/will have a happy childhood and a carefree youth. In their adult life, they have to work hard to attain their goals. They must be careful to not work too hard, not to quarrel, to avoid creditors, and to keep out of the way of the law, if they want to be happy.

They are kind, but sometimes don’t realize they are being impolite to others. They take on leadership tasks others decline as being too controversial or not glamorous enough. They love teaching others, and they demonstrate infinite patience in helping each person in the group grasp each concept. They make excellent team managers.

They welcome the advice of others and say, “Thank you very much,” then go and do things exactly the way they were doing it before. If you had told them about a new shortcut that would save them time, they would say thank you and use the old, long way instead. They can be led but never pushed.

Their greatest problem is loneliness. When they try to conform to what others expect of them, they lose touch with what makes life worth living for them. This often plunges them into deep despair. They can work their way out of their feelings of despair by choosing careers or occupations that allow and encourage them to develop their own style. They learn that laughter is their best medicine.

The Rat, imaginative in the extreme, is sometimes a creator, but it is as a critic that they excel, and one is well advised to listen to their advice.  Carried to excess, this quality can become a defect and there are certain Rats who go so far as to criticize to the point of destruction, just for the pleasure.

The Ox and the Dragon are the best matches for the Rat. They would bring to the relationship the much needed strength and stability. The Monkey casts a spell over the Rat and makes a great romantic partner, but in most cases, that relationship is not lasting. The one sign the Rat must avoid at all costs is that of the Horse.  Individualistic and independent, the Horse will not tolerate the Rat’s profiteering attitude.  Rats should be wary of those born under the sign of the Cat, for obvious reasons.

The Rat and the Rat may get along, but neither will be able to resist the temptation to play dirty tricks on the other.  Two Rats love one another with an especially tender affection, they can make it work if they just give it a try, all the time.

If she is a Rat and he is a Dog, why not?  The Rat can bring a breath of sentimentality and realism to the idealistic world of the Dog.  If he is a Rat and she is a Dragon, it could also work as Lady Dragons adore to be adored, and who knows how to adore better than an adoring Rat.