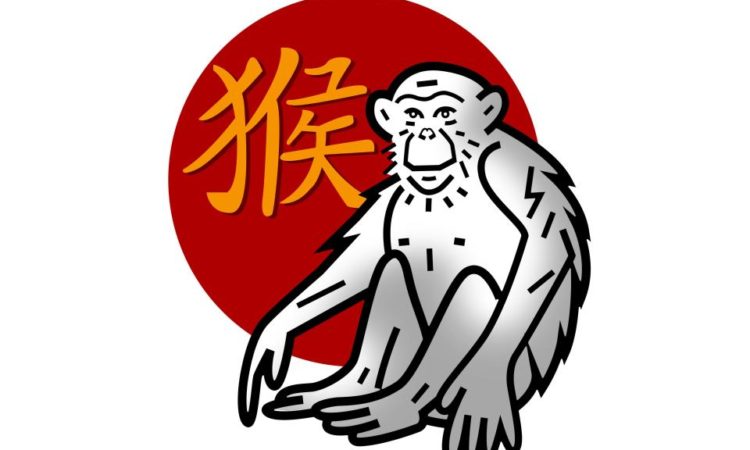 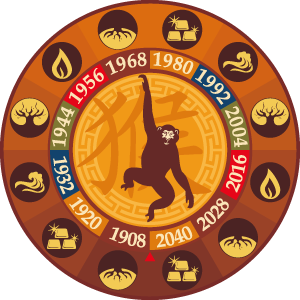 The Monkey is always full of fun, They are mischievous, high-spirited, they are the joker. They give the impression that they get on famously with everybody, but it is usually a ruse on the Monkey’s part, they are in fact egotistical and selfish. They hide the poor opinion they have of others beneath their apparent friendliness. Independent and selfish, no one is going to pull anything over on them. The Monkey is vain.

Inventive and original to the extreme, the Monkey can solve even the most difficult problems with astonishing speed. But once they have decided on a course of action, they must start right away. If they cannot, they lose interest and abandon the idea without even trying it.

The Monkey has a fantastic ability to pull the wool over people’s eyes. They are so artful that they can even fool the Dragon, who is strong, stubborn and no fool, and resist the magnetism of the Tiger, whom they tease unmercifully. They are sly and will always manage to extricate themselves from the most difficult situations. Nobody is going to put anything over on them. They will try anything and will succeed in any profession that they are interested in.

The Monkeys are very intuitive about money.  They seem to sense where the jobs are, where to find the new opportunities for financial windfalls, and what new products or services will be the next fad or craze. They know how to acquire money with relatively little effort.

They have few scruples. They will be dishonest just so long as they are sure of getting away with it. The Monkey is an opportunist and their luck will bring them every opportunity to be unscrupulous. People always seek out the Monkey for their intelligence and the sharpness of their wit. Whatever they do, they are so charming and so clever at making themselves liked that we cannot bring ourselves to be cross with them.

In the romance department, the Monkey will not find happiness. Relations between the opposite sexes will be poor, and that is their fault. The Monkey will fall easily in love, but will quickly tire of the object of their affections. They know how to laugh at their own misfortunes, and their sense of humor saves them from disaster.

The Monkey makes a good partner for the Dragon, who can profit from their guile, while the Monkey in turn can make good use of the Dragon’s strength. They can equally well go into business together, though the Monkey believes in the back of their mind that they can get the better of the deal.

The female Monkey gets on well with the Rat. The Rat, fascinated by the female Monkey’s surface brilliance, will put up with all her nonsense and love her passionately all her life, even if it’s a one-sided affair.

The male Monkey makes fun of the Tiger, but he would be better advised to treat her with respect. Any partnership between them, whether in business or for pleasure, is bound to result in fireworks. They both cannot stand any kind of violence but love the thrill of the game.

If he and she are both Monkeys, they’ll have a marvelous time together, always at the expense of others. They could go far as there is total collaboration and their life together would be calm. They can make it work, but they have to put in the effort.  They are likely to have a lot of children.