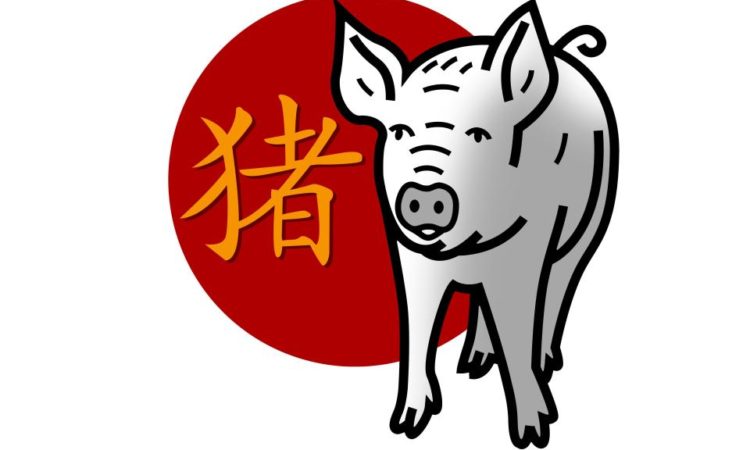 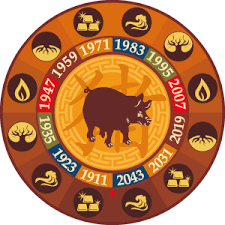 The Pig is a splendid companion. They don’t say much, but when they do decide to speak, suddenly the barriers are down and nothing can stop them until the subject is exhausted. Whatever their ambitions may be, whatever the tasks and the goals they have set for themselves, they will do their duty with all the strength they are capable of, and that same strength can be an inner force to be reckoned with, a force that nothing can oppose. Once a Pig has come to a decision, nothing can stop them carrying it out.

The Pig, like the Monkey, is intellectual, a character with a great thirst for knowledge. Absorbing knowledge from many sources, sorting, shifting, cataloging and organizing their mental inventory of information gives them long hours of pleasure and satisfaction.  They have few friends, but those that they do have, they keep forever. For them, the Pig is capable of the greatest sacrifices. They are extremely considerate of the chosen few who do merit their affection.

They have taken a passive approach to the issue of money and finances. They are neither entrepreneurs nor employers. They tend to free-lance, maintaining their personal freedom. From a material point of view, the Pig will always find, no matter what career they have chosen, that they are not short of the necessities of life. Work and money in sufficient quantities seem to gravitate their way without their having to make any particular effort.

They prefer to work for a commission, or as a freelancer, rather than for a regular, fixed salary. They prefer a somewhat isolated existence rather than one in which they would have to conform to society’s expectations. They work best in an environment that is calm and peaceful, with limited contact with others.

The male Pig is over-wary and trusts nobody. He will often be deceived, often disappointed, often made a fool of, and often loved. The female Pig and the male Dog will get along well. The Pig’s love of living balances the Dog’s self-discipline well. Both of them are generous and have a love of life that’s hard to find. The female Pig will make a good mother.

Pigs would be well advised to share their lives with those born under the sign of the Cat. For them, that’s the surest way of avoiding discussion. They must keep out of the clutches of the Snake. A Snake will make a complete slave out of a Pig in no time, enmeshing the Pig in his coils to the extent that the poor Pig loses all power of movement.

The Pig will be taken advantage of by the Goat. As long as the Goat doesn’t go beyond all bounds, the Pig will be able to put up with the Goat. The Goat, thus, will become impossible. The Rooster is just too forceful. The Rooster tires the Pig out. They’re not well matched.

The male Pig and the female Pig are a good match. They’ll both make concessions, and they’ll get on famously. They both have the same tastes and can become inseparable.