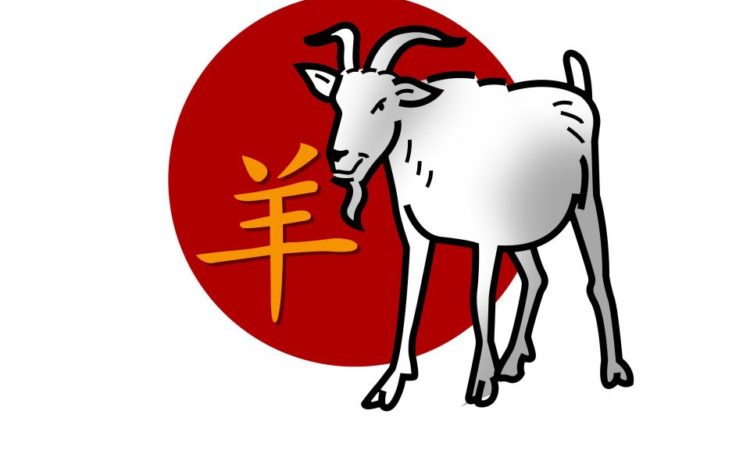 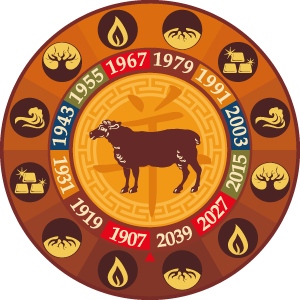 Those born in the Year of the Goat are elegant, charming, artistic and fond of nature. The Goat (Sheep or Ram) is among the animals that people like most. It is gentle and calm. This could be the most delightful animal of all, were it not for the fact that they are also pessimistic, hesitant, over-anxious and worriers.

The Goat’s manners are good and they have charm. Those born under this sign are frequently religious, but whatever religion it is, it will only be practiced to the point where it interferes with the Goat’s comfort and every day routine. The Goat is not interested in independence and can adapt easily to any kind of life, so long as they feel secure.

Men and women born under the sign of the Goat seem to be good-hearted. They are charitable and generous, and willingly share what they have with those less fortunate than themselves. Unfortunately, what they share does not always actually belong to them. It has to be admitted that the Goat’s sense of ownership is somewhat elastic. For the Goat, everything in life happens as though it was someone else’s responsibility. It was circumstances, it was either good or bad luck.

The Goat will allow themselves to be tethered, but they pull on the rope. Popular tradition in the East says that a Goat tethered in a lush meadow will stay calm and contented, but a Goat staked out in one where the grasses are meager and thin will never stop bleating and complaining. The observation seems to hold true for humans born under this sign.

The Goat’s artistic ability and whimsical spirit needs someone solid and realistic to lean on. For such a person, the Goat will do anything, provided a little flattery comes with the job, for the Goat also needs to be appreciated. Goat men and women alike crave security above all else. They have a genius for getting off on the wrong foot. But thanks to others, the Goat will generally land on their feet. They have no problems concerning what the Japanese call I-Shoku-Ju (the life of the senses: clothes, food, drink and comfort.)

If a Goat settles down with a Cat, a Pig, or a Horse, all will be well.  Each of them can assure the Goat I-Shoku-Ju for different reasons. The Goat will be amusing to the Cat, they will be tolerated up to a certain point by the Pig, and they’ll be water off a duck’s back to the self-centered Goat.

The male Goat would do well with the Tiger. They may be able to accomplish much. The Goat thinks ideas up, and the Tiger puts them into action. The Monkey would like the male Goat because they would never be bored.

A Goat with another Goat would get on well together, as long as they don’t rely on each other too much. The Goats, in a lush meadow, without any material worries, would be happy and a great success.