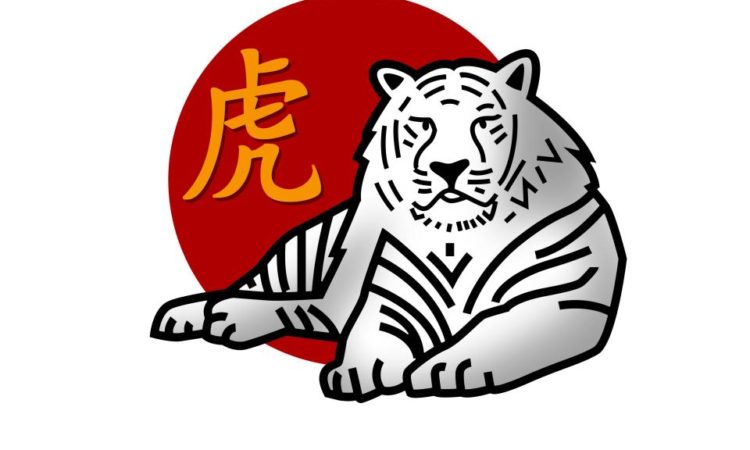 The Tiger is the third in the twelve year cycle of the Chinese Zodiac signs. Of the Five Elements, the Tiger is of the Mu element, or Wood. The Lucky Flower of this year is the Cineraria, a native of the sunflower. In ancient times, people compared emperors with the Tiger. They are thought to be brave, stately and terrifying. 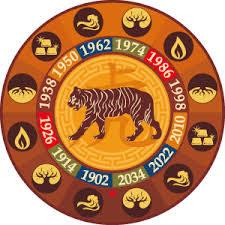 The Tiger male is a fault-finder and a rebel. He’s a hothead, always revolting against authority. The Tiger is always in the lead. They distrust the status quo, and usually is against established authority. He is a fighter that is capable of standing up to the bitter end for what he thinks is right. The female Tiger is always the first to launch a new idea, to take up arms against convention, to always fight for what she believes is right.

The Tiger is not interested in money, but it can happen that they make a lot. They prefer social gatherings where they have the opportunity to talk to many different people. When they see something that they like, they choose to have it now and pay for it later. They don’t even try to manage money effectively.  But that seems to be unimportant as enough money always comes their way.

When others want to quit because they are too tired, a Tiger will insist on the push required to complete the job.  They have the energy and enthusiasm for the dynamic aspects of any project and are always willing to stay until the job is completed.

The Tiger is a paradox. They can become introverted while they’re extroverted. They’ll seem to be very outgoing, but they look as if they have many hidden thoughts. They are highly complex as they give the impression of being detached as they jump from subject to subject. They don’t understand why you can’t keep up with them. They are capable of great love, but they become too intense about it and their love affairs are rarely happy.

Thrilling and passionate is the life that they want and the life that they get. It will be a stormy life, full of dangers, but the Tiger will never be bored.  Night Tiger or day Tiger, they are destined to bypass the easy life.  They would not have it any other way.  Their love of taking risks leads them to gamble in situations time after time. But they are also blessed with good luck. Nobody enjoys luck like the Tiger. A Tiger in the house minimizes the three great risks: thieves, fire and evil spirits.

If they want to be happy, the Tiger can spend their life with the honest Horse, with the Dragon (who brings to the partnership – strength and prudence) or with the Dog, who will stick by them through thick and thin. The Tiger should avoid the Snake, who is too wise for them, and the Monkey, who is too mischievous. In love, as in business, the bad faith of the Monkey, so skillful at fooling them, can do a lot of harm to the Tiger.