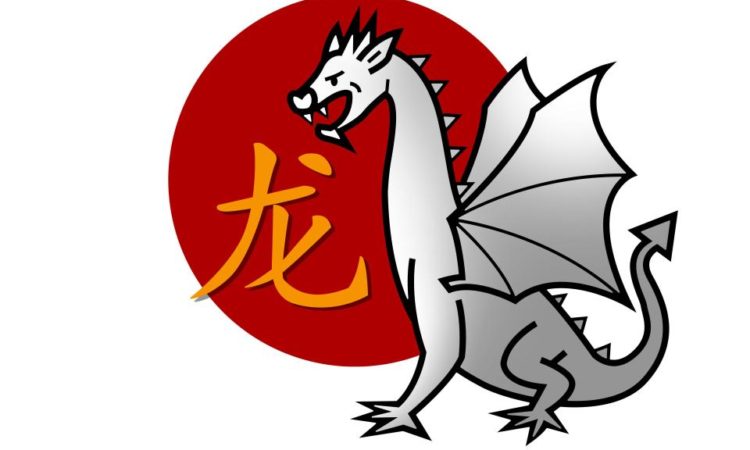 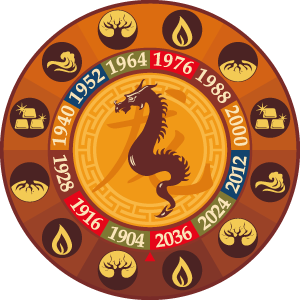 Among the Chinese Zodiac animals, the Dragon is the only imaginary animal. They are bursting with good health and vitality. The Dragon is incapable of meanness and hypocrisy. Although they are hardly an innocent like the Pig, they have the courage of convictions and can easily be made to mistake a sow’s ear for a silk purse.

Irritable and stubborn, the Dragon is a real big-mouth, and their words often outrun their thoughts. Their heart runs away with their head. The advice of the Dragon is always good and people listen to them and their influence is considerable.

The Dragon is a sign of luck. It is the sign of the greatest celestial power, and it is the most rewarding influence in Chinese Astrology. It symbolizes life and growth. The sign of the Dragon symbolizes the Four Benedictins of the East: wealth, virtue, harmony and long life. The Dragon glitters and shines, but this luster is all on the surface. When the party is over, he goes into hiding, and then like the Phoenix, he rises again when the time is right.

The Dragon is enthusiastic to the point of being too impulsive, and they lose their temper quite easily. They think they can accomplish anything, and most of the time, it is true. They will be a success in all that they attempt and wherever they go. The Dragon must be careful for they can be equally devoted to a bad cause, and also successful in it. The Dragon just can’t help winning.

The perfect other half for the Dragon is the Monkey – in business as well as in love. With the Monkey’s cunning and the Dragon’s strength, each has need of the other, but only the Monkey knows this. Of all the signs, only those born under that of the Monkey can fool the Dragon.

A Dragon male will always be ensnared by the beauty of a Snake female as a mate, as he will be extremely proud to show her off.  If she’s a Dragon and he’s a Tiger, there will be two strong characters, face to face.  The female Dragon will be useful to the Tiger, bringing him both prudence and the quality of looking before he leaps.  But if he’s an Ox, Conflict!  The Dragon likes to shine and the Ox mistrusts anything bright.

A Dragon with a Dragon can be explosive, but when two fireworks go off together, neither can dazzle the audience.  Each needs its time in the spotlight away from the other.  They can only be happy if they have their own time to shine, and expand their individual light.

The Dragon can make a good match with the Rat, for the warmhearted Rat can take anything the Dragon hands out, even if it’s indifference. But the Rat will also profit from the partnership and all the things the Dragon brings to it. A Dragon-Tiger relationship will not be a calm one, but will be very exciting. A Dragon must keep away from the Dog, a pessimistic, anxious realist who won’t believe in them.