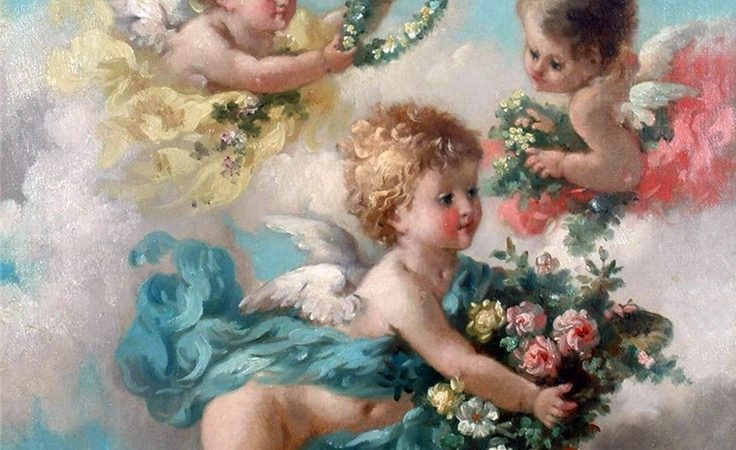 Angels are the thoughts of God.  They are the bearers of breakthrough, the mystical helmet.  They deliver the mind to profound understanding.    ~ Marianne Williamson (Illuminata)

Angels are very active in the Bible and are used by God as messengers, warriors, and servants. The word “angel” comes from the Greek word “angelos” which means “messenger.”  Angels are spiritual beings.  They exist to praise God and to bear the messages and tasks for which God sends them.

The world of angels is mysterious and, to a large degree, unknown to us. The Bible does not precisely say how many angels exist. It was a “multitude” of the heavenly host that told the shepherds of Jesus’ birth (Luke 2:13). Daniel 7:10 tells us, “A thousand thousands ministered to Him; ten thousand times ten thousand stood before Him.” That would mean there are more than 100 million angels—a number almost too vast to imagine. Perhaps that is why Job asks, “Can His forces be numbered?” (Job 25:3 NIV).