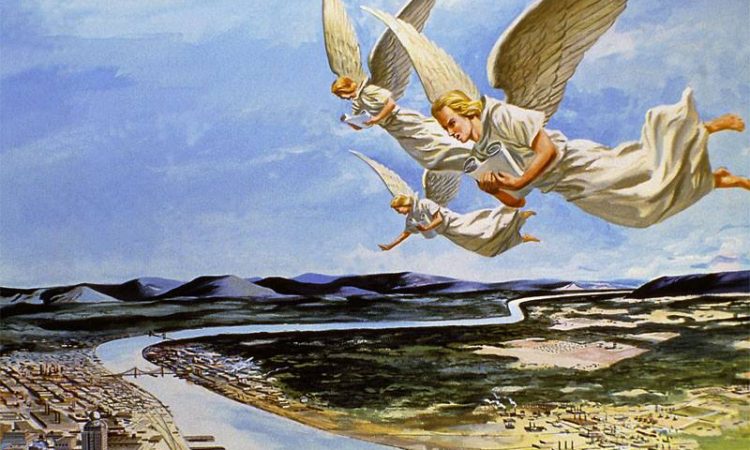 Angels exist to do God’s will They are messengers. Angels are used to announce great events, such as the pronouncement to Joseph and Mary concerning the birth of Christ. Everything they do is out of Love for God. There are various categories of angels. The good angels are the holy ones, the bad angels are the evil ones, which the Bible calls demons, and the ugly angels are demons disguising themselves as good angels. We know of two prominent angels, Michael and Gabriel.

Angels are spiritual beings created by God to serve Him, though created higher than man. Some, the good angels, have remained obedient to Him and act as messengers as they carry out His will, while othes, fallen angels, disobeyed, fell from their holy position, an now stand in active opposition to the work and plan of God.

God’s word says that the angels are messengers, that’s what “angel” means, and they minister to us. An actual encounter with a holy angel will glorify God, not the angel. Holy angels never draw attention to themselves. They usually do what they were sent to do and disappear. Angels are powerful and awesome in many ways, but like us, they are only messengers of God.

God uses angels as messengers, guardians, and all-around helpers to us—as well as to reflect his glory. Not only are angels praying for us, they’re also bringing our prayers to God.   Several times throughout Scripture, angels answer our prayers on God’s behalf.   But when the Apostle John fell down to worship the angel who had been sent to tell him about the future, the angel rebuked him and said, “Do not do it! … Worship God!” (Revelation 22:9).