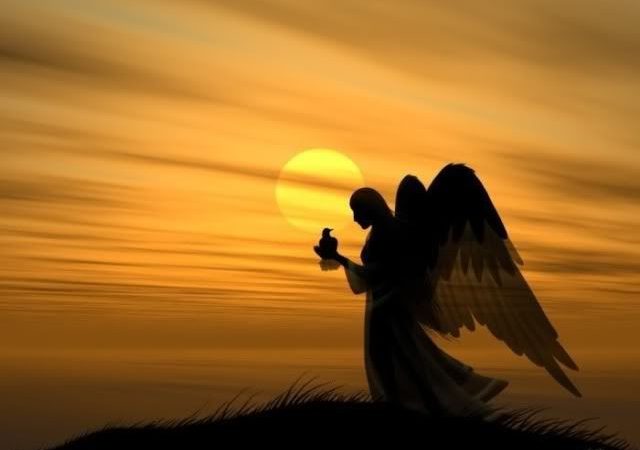 The angels stand between us and God, but they are translucent, even transparent, and they beckon us to penetrate their luminosity. ~ Peter Wilson

But are we to pray to the angels? God has given us the unseen angels, who are “ministering spirits sent to serve those who will inherit salvation” (Hebrews 1:14). But we are not to worship them or pray to them. When the Apostle John fell down to worship the angel who had been sent to tell him about the future, the angel rebuked him and said, “Do not do it! … Worship God!” (Revelation 22:9).

In the Bible, God tells us how the angels are delivering messages, accompanying the lonely, granting protection, and even fighting His battles. In many angelic appearances told of in our Bible, angels who were sent to deliver messages began their words saying, “Do not be afraid,” or “Do not fear.” Most of the time, however, God’s angels operate undercover and don’t draw attention to themselves as they carry out the assignment given them by God. There are cases where these heavenly beings evidence themselves and strike terror in the hearts of God’s enemies.