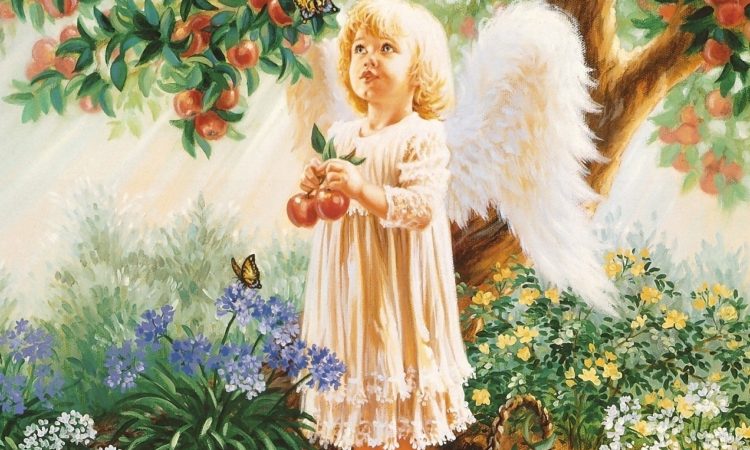 Angels come to us in thoughts, as visions, in dreams, in clouds and rainbows and as people, too. Some angels have names, such as Michael or Gabriel. But most angels come anonymously.  At the throne of God, the angels have no form at all, but come as pure, raw energy, like supernovas, circling and whirling.

We do not understand, except that we are given brief, fleeting glimpses in our hearts. We may see one at the edge of our eye, but when we turn to face it, it’s already gone. We feel it in our loneliness, the hollow hole at the heart that we try to fill with physical pleasures or danger or drugs or alcohol or war or work or love or friends.  Each of us must analyze what comes to us from others through our own life experiences, our views of the Universe, and our understanding of what is, and formulate our own conclusions.

Any one who has seen an angel knows that an angel is not a ghost.  A ghost is an dis-incarnated spirit that has not left this earth, whereas an angel is a spiritual messenger sent by God.  Angels are remarkable for their warmth and light. All who see them speak in awe of their iridescence and mystical light. They see brilliant colors, or the unbearable whiteness of their being.

Angels are spiritual beings created by Got to serve him.  They are superior to man in power and intelligence. They are the messengers of God. One must be trusting and believing to receive the messages that are given to us by the Angels. They will not be understood by the cynics who cannot receive their messages. If you have been unable to receive guidance, but once was able, be still and return to your awareness of Love and Peace within Spiritualism. This should help you to regain your clarity of thought.  Angels give us a more personal link to God. They are comforting, reassuring and thoroughly welcomed.  Angels are part of the mysteries of every culture. 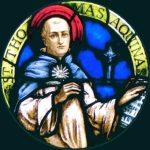 In 1259, St. Thomas Aquinas gave a series of lectures on angels at the University of Paris. His lectures were written down as he spoke them and formed the foundation of our knowledge about angels that we still believe, today. Angels are all intellect, said Aquinas, who was himself one of the greatest intellects ever to have walked this earth. He also believed that angels were animals without bodies, but that they could assume bodies at will, and even eat, as is known by the fact that they ate with Abraham under the oak tree of Mambre.   St. Thomas Aquinas was an Italian Dominican friar, Catholic priest and Doctor of the Church.

St. Thomas Aquinas stated that angels do not reason. They are given one brief exercise of free will at the moment they come into existence, and their perfection gives them the instantaneous life-choice for God. They do not belong to a species as humans or animals do, he said, but each one is a distinct substance in itself, a kind of species in itself. He believed that love follows knowledge and that miracles are signs not to them that believe, but to them that believe not.

“Angels transcend every religion, every philosophy, every creed. In fact, Angels have no religion as we know it. Their existence precedes every religious system that has ever existed on Earth. ~ St. Thomas Aquinas 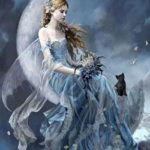 The numbers of angels are uncountable. They are spoken of as armies. Legions. Hosts. Seraphim angels surround the throne of God. They are angels of love, light and fire. The Cherubim angels are the guardians of the fixed stars and givers of knowledge. Thrones angels bring God’s justice to us. Dominions angels regulate angelic duties. Virtues angels work miracles on earth. Powers angels stop the efforts of demons to overthrow the world. Principalities angels are protectors of religion. Archangels and Angels are guardians of people and all physical things.

An angel is not composed of material substances. We see angels when an angel assumes a material body for a moment in time or because the interior, also called our spiritual eye, is opened, that is the inward eye by which we see and understand. What they are trying to tell us is that we should not worry about our future, but trust Providence. For Providence will bring all things that we desire – but not necessarily when we desire them to be.