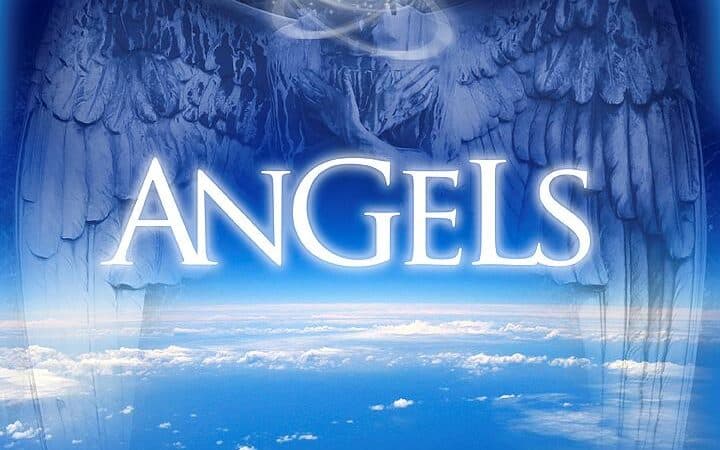 Angels On Earth – Would you know an Angel if one crossed your path?

Angels are Glorious Beings who encounter us all the time. Few of us are sensitive enough to spot them. Fewer still are people who, while having an encounter, will recognize the occasion and take full advantage of it. You are a deeply sensitive person if you’ve felt their presence, seen them or interacted with them in any way.

Angels On Earth – Angels May Appear as People!

Angels can come to us in the shape of friends, but we recognize them best when they come as strangers, coming into our lives for a moment only, and dancing out again. They do this without even leaving a name to know them by. Angels come as people, or as invisible hands. They come also as presences. When you are in the company of an Angel, you will not feel lonely, nor will you come to any harm. Your Angel will always be there to sustain you.

Angels On Earth – Meditation and an Open Mind!

Angels come first and foremost to children. They also seem to come to those with an open mind, and in need of spiritual help. Meditation gives you an opportunity to hear your Angel. When you allow yourself to relax into a meditative state, you become more open to receiving messages from the Angels. There are various types of meditation, and we tend to make the practice harder than it actually is. Meditation can be simply sitting quietly and focusing on your breath.

Angels are Comprised of Warmth and Light!

Angels have been thought of to be ghosts. But Angels are different, and no one who has seen an Angel ever mistakes it for a ghost. Angels are comprised of warmth and light, and all who see them speak in awe of their iridescent and refulgent light, of brilliant colors, or they might speak of the overwhelming whiteness of their being. The air is filled with laughter and happiness when Angels are present.

Angels On Earth – Angels and Understanding!

To believe in Angels because someone tells you to is just plain silly. We are given senses to use to receive our information. We are given experiences of our own. With our own eyes we see, and with our skin we feel. With our intelligence it is intended that we understand. But each person must figure it out for himself or herself.

Angels Will Communicate with You!

Your angels may also communicate in more obvious ways, like speaking directly to you. You may hear a voice, either inside your head or a voice that seems to come from outside of you, even when no one else is around. Very often this will happen when your Angels need to share some vital information to keep you safe. They may say things like, “Obey the speed limit,” or “Don’t take the freeway today.” This kind of communication can be difficult to believe at times. But, nevertheless, it needs to be followed.

Angels can also communicate with you through human or animal “helpers”. For example, you might ask your Angels for advice on a particular subject before you go to work, and then one of your co-workers will utter the exact words you needed to hear. Or you might see an animal in nature and it seems to grab your attention very strongly, so you’ll look up the symbolism of that animal and find that it holds significance for you. Your Angels can communicate with you in endless ways, but the key is to simply pay attention.

Angels and Sharing, Loving and Caring!

Angels aren’t all about the material world! They’re more about the inner world. They are desperate for us to unlock the Universal life-force within and discover who we truly are. We are ultimately love. It’s everything we are, but most of the time we don’t see it. In fact it isn’t something we can see, it’s something we have to know and trust – just as we have to know and trust that Angels are there for us. If everyone thought like an Angel, if everyone came from a space of love, if everyone believed – knew – that there was plenty for all, then there wouldn’t be hunger, starvation and lack in the world, there would be an abundance of sharing, loving and caring.

Angels On Earth – Angels Among Us!

Angels come in all sizes, shapes and colors, visible and invisible to the naked eye. But always you are changed from having experienced one. If you are like most people, when you are alone and hear a door closing or footsteps on the stairs you might try to rationalize it with logic. When logic and science fail to explain the phenomenon, though, do you choose to consider paranormal possibilities, such as the presence of Angels? Angels will come to you in various ways and it doesn’t always make sense to us. When logic doesn’t explain an event, set aside your skepticism and consider that an Angel might be at work.

Secret Serendipity and the Power of the Universe!