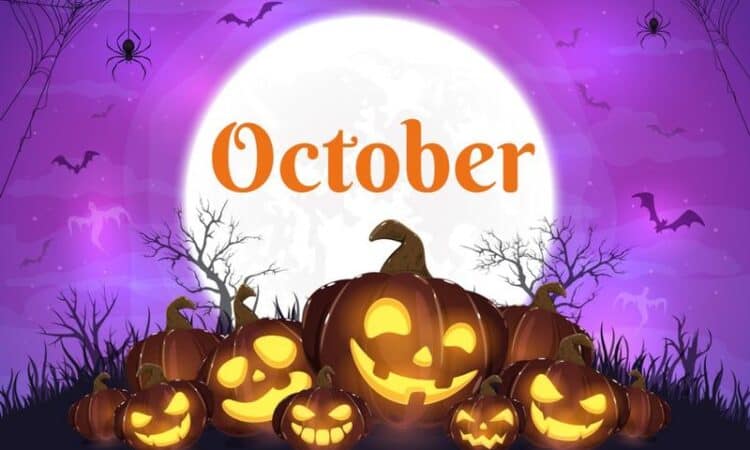 Astrological Events for October 2021 – Many exciting events will be happening in October! Libra season is all about balance and equality. Both the Sun and the Moon will be aligning with a very special star, Spica and there will be a Full Hunter’s Moon. Venus will be sending out positive vibrations towards the end of the month. All to be experienced this October!

Astrological Events for October 2021 – Entering the Sign of Libra!

Beginning in October, the Sun will move to the zodiac sign of Libra, and stay there until October 23rd. Libra is the seventh sign of the Zodiac and is ruled by the planet Venus. Its meaning is equilibrium and justice. It is considered to be the sign of cooperation rather than competition. Libra is symbolized by The Scales. Matters of law, peace and social interaction are governed by this sign. As a Cardinal Air sign, Libra is concerned with the need to act.

A New Moon in Libra arrives on October 6th. The Moon will be located on the same side of the Earth as the Sun and will not be visible in the night sky. This is the best time of the month to observe faint objects such as galaxies and star clusters because there is no moonlight to interfere. With the Libra energy active, we will have a greater focus on balance, harmony and justice. This New Moon will last for seven to ten days. What you build now in your relationships will come to culmination around April 16th.

Astrological Events October 2021 – Conjunction of the Moon and Saturn!

October 14th brings a Conjunction of the Moon and Saturn. The two heavenly bodies represent conflicting energies and signal a battle between emotions and logic. What this conjunction is truly about is learning to love unconditionally. Saturn “Conjunct the Moon” is teaching you that your most valuable relationship is the one you have with yourself. That in order for you to have structure and consistency in external relationships you must first build that within, and work on the relationship with self.

A Full Moon in Aries will light up the night on October 20th. The energy of this Full Moon will begin to roar into our lives two days prior and last four days after. It is a time when we will feel energized, independent and ready to take charge of our lives. The Moon will be located on the opposite side of the Earth as the Sun and its face will be fully illuminated.

Mars is the ruler of the Aries Full Moon and is at the fixed star of Spica, traditionally seen as the star of fame and fortune. This Star, Spica, isn’t a singleton. It’s actually two stars. Spica A has a mass of about 10 times the Sun’s, while its smaller companion Spica B about six times more massive than the Sun. Spica is 275 light years away from our solar system. This means it takes 275 years for the light emitted from Spica in present time to actually be visible to us on the Earth. What we view today is a 275-year old picture of Spica. Good Fortunes abound during this event.

This Full Moon was known by early Native American tribes as the Hunters Moon because at this time of year the leaves are falling and the game is fat and ready to hunt. This Moon has also been known as the Travel Moon and the Blood Moon. Called the Travel Moon as this Moon provides extra light after sunset for farmers to continue working on harvesting their crops. When harvesting is completed, farmers have the advantage of extra evening light to engage their wandering spirits. The name “Blood Moon” is used for a Moon that appears reddish because of dust, smoke and haze in the sky. It is one of the Full Moons of autumn when the leaves are turning red.

October 29th has Venus at Greatest Eastern Elongation. At this time, Venus is so bright that it becomes the third brightest object in the sky after the Sun and the Moon. It’s known as the morning star or the evening star, depending on where you are located. Venus’ power influences people to be sentimental. Venus rules over charisma, grace, and beauty. She shows people what kind of style they like, how they are creative, and what will make them happy. Make sure you are open to receive these messages! Through Venus’ power, we are able to learn and explore our pleasures, tastes, inclinations, and all things that make us happy. Positive vibrations will be in the air at this time.

Halloween, October 31st, has been a traditional time to honor ancestors. That’s something we can still do today as we think about the cycle of life and death. Embrace your own spooky side and get into the spirit of the season. This is the beginning of the season of going within, rest, and reflection. We’re now half way between the September Equinox and the December Solstice. It’s a season of transition between autumn and winter. Halloween reminds us to celebrate the cycles of the seasons too. Something as simple as a walk in nature, or a beautiful park, is a peaceful way to tune in to the turning year and think about your own “harvest”, or quietly remember someone dear to you who’s passed on.