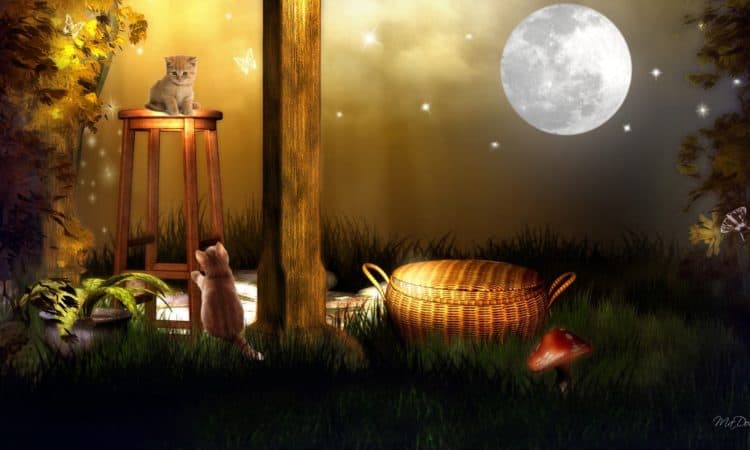 August 15 brings a Full Moon. This Full Moon is called the “Sturgeon Moon,” because of the great number of this huge freshwater fish that could once be found in lakes and rivers in North America. Other names for this Full Moon include: “Green Corn Moon,” “Grain Moon,” “Fruit Moon,” and “Barley Moon,” all inspired by various crops that can be harvested in August. 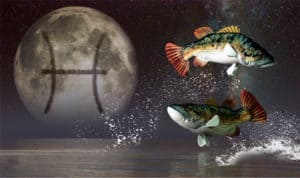 Many of the Moon’s nicknames have come to us from Native American culture.   Their way of life has them believing that their cycles of the lunar phases of the Full Moon, are as important a method of timekeeping as the longer solar cycle of the year.  This is defined by the motion of the sun, from which the modern Gregorian calendar is derived.  The number of Moon names differs slightly from tribe to tribe. 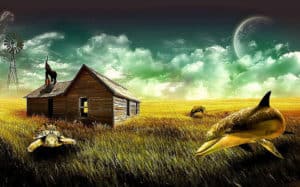 This Moon phase will rise later each day, becoming prominent later in the night. Within a few days, it will only be visible in the pre-dawn and early-morning sky.  Some Native American tribes called the August Moon the “Sturgeon Moon” because they knew that the sturgeon of the Great Lakes and Lake Champlain were most readily caught during this Full Moon.

Take the advice of Native Americans and connect with what brings you joy and share that with others. Don’t overthink; just find pleasure in your ability to be you. Your focus will be to balance your mind and body through creativity, through play, and through movement. 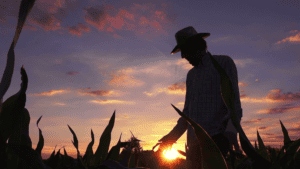 The August Full Moon has many nicknames — “Green Corn Moon” and “Grain Moon.” They can be traced to the Native American harvesting ceremonies that began at the end of summer. 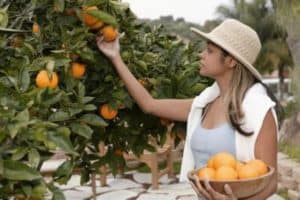 Europeans called this Full Moon the “Full Fruit Moon,” as a number of fruits ripen as the end of Summer approaches, and the “Barley Moon,” for the harvesting and threshing of the barley.

This Moon is also known as the Fruit Moon because this is the time of year when the apples, plums, peaches, grapes and berries are at their ripest and heavy with juice. Just as the fruit turns to it’s most saturated hue so will the sky begin to arrest us with displays of opulent color, signaling the days turning shorter. Even as we enjoy nature’s visual display coupled with a perfectly ripe piece of fruit in the warm summer night, other perfectly ripe fruit is falling onto the ground uneaten and beginning to decay, representing the many stages of life.

During this Full Fruit Moon, you might want to gather your fruits, vegetable and other staples, honor your ancestors, keep in touch with your siblings, ask for forgiveness, and let go of those old grudges. 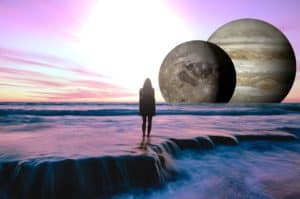 The Full Moon represents our emotional body and subconscious. The part of us that we typically keep hidden or buried under our social personality. During the time of a Full Moon, all of that comes to the surface, asking to be seen. This is why we feel extra emotional, or as some say, the crazy comes out. It’s not that we are crazy, but it can be uncomfortable to feel all the feels.

By the evening of the Full Moon, as evening twilight ends, Venus will be near its brightest but will be setting in the west-southwest, Jupiter will have regained its customary position as the second brightest planet in the sky, appearing in the southwest about 12 degrees above the horizon. 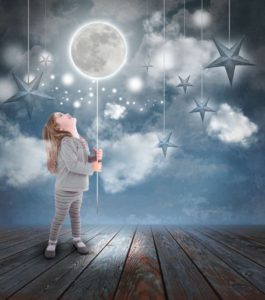 Energy of the Full Moon

The energy of the Full Moon is heightened at this time, and emotions, feelings, mental processes, dreams etc. are all amplified. When the Sun and Moon oppose each other during a Full Moon, it can cause tension and awkward friction, but at the same time, bring a greater expansion of visions and potential possibilities. This is a compelling time of gratitude, gracefully acknowledging the beauty of life itself, and all you have brought into existence.

Once you start looking up and observing the Full Moon, you’ll want to get outside more and more to get a better view. This is a wonderful time to enjoy the fresh air and gain perspective. Remember how tiny you are—how your small, significant life is connected to all others. Recite the words to that ancient lullaby: “I see the moon and the moon sees me, God bless the moon and God bless me.” 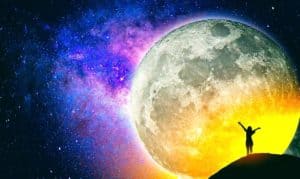 The Full Moon and Nature

“The Moon does not fight. It attacks no one. It does not worry. It does not try to crush others. It keeps to its course, but by its very nature, it gently influences. What other body could pull an entire ocean from shore to shore? The Moon is faithful to its nature and its power is never diminished.” ― Deng Ming-Dao, Everyday Tao: Living with Balance and Harmony. 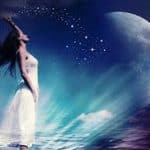 The Full Moon of August

“There were nights for instance, especially in August, where the view of the Full Moon from the top of the Acropolis hill or from a high terrace could steal your breath away. The Moon would slide over the clouds like a seducing princess dressed in her finest silvery silk. And the sky would be full of stars that trembled feebly, like servants that bowed before her. During those nights under the light of the August Full Moon, the city of Athens would become an enchanted kingdom that slept lazily under the sweet light of its ethereal mistress.” ― Effrosyni Moschoudi, The Necklace of Goddess Athena.