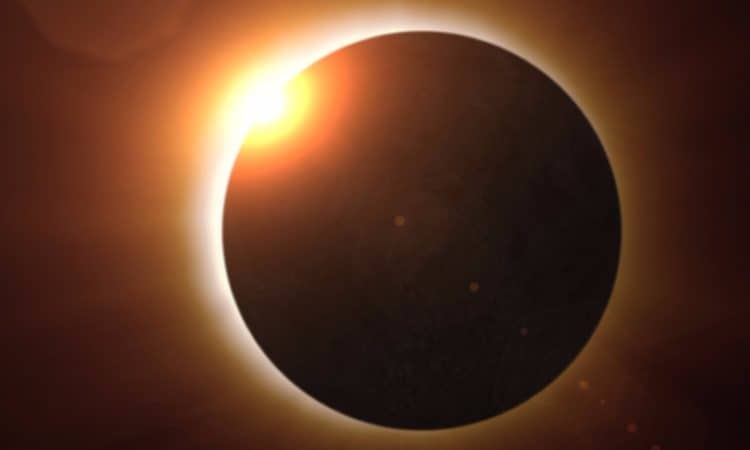 August 21st, it’s the day we’ve all been waiting for. All of North America was treated to an eclipse of the sun. The path of totality, where the moon completely covers the sun and the sun’s tenuous atmosphere, the corona, can be seen, stretched from Salem, Oregon to Charleston, South Carolina. If you were not in it’s path, you may have seen a partial solar eclipse, where the moon covers part of the sun’s disk.

There’s a total solar eclipse somewhere on Earth once every 18 months or so. They pass over a barren, ice-cragged coast of Antarctica, a remote African desert, and a lonely patch of ocean, and all other corners of the earth, seen and unseen by humans. Daylight suddenly changes to an eerie twilight in just a handful of seconds. Bright sunlight that was there just moments before, vanishes. It is replaced by the black orb of the moon.

Humans have always been fascinated by the effect of a total solar eclipse. History shows us that solar eclipses have had their impact on the actions, purses, thoughts and knowledge of humans all over the world.

By the later 19th century eclipses might be, as historian Alex Soojung-Kim Pang described, “the social event of the season”. Taking advantage of accessible travel routes, tourist infrastructure, colonial settlement and military presence across the European empires, a significant number of professional and amateur astronomers traveled to view eclipses.

Forever Conscious states: “During a Solar Eclipse, there is a definite change in the vibration and frequency of energies on Earth. Seeing as we are all connected and part of these vibrational frequencies, it is likely that we are also going to feel this. Your balance may be affected, or you may feel out of sorts, you may also feel extra sensitive to the energies and emotions of those around you.”

“From an astrological point of view, a Solar Eclipse is all about new beginnings and making a fresh start in your life, so it seems only fitting that an awakening of some kind would be part of this process. According to Native American Shamans, a Solar Eclipse represents a powerful time of healing. The alignment of the Sun, Moon, and Earth represents the dissolving of differences and the coming together as One.”