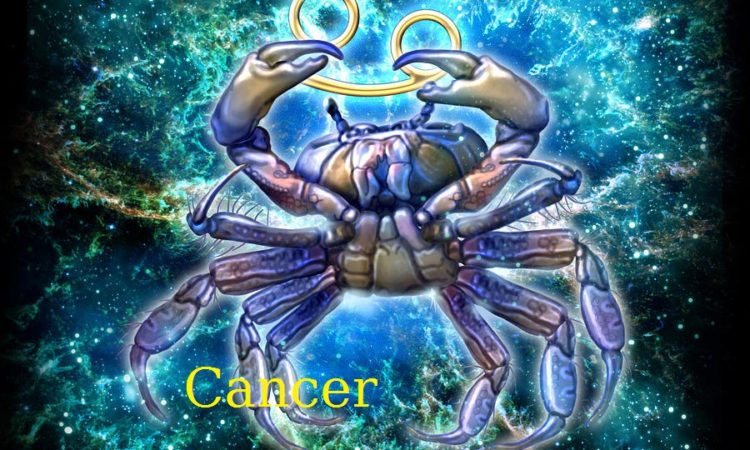 In ancient Babylonia, the astrologers called one of the stars in the constellation, “the southeast star in the Crab,” and this is the image that has stuck throughout history. Cancer is a symbol of the fourth period (it is the fourth sign of the Zodiac) of the cycle of life. It signifies the lower mind energized from the astral plane. The crab or the tortoise (Indian sign of Cancer) is a symbol of the lower nature into which the soul descends in evolution.

In ancient teachings, Cancer is said to be the house of physical conception, while Capricorn, the opposite sign, is concerned with Spiritual conception. The journey for Cancer begins around June 21, when the Sun reaches its highest northern limit and begins to go backward towards the south. It is transiting the constellation of Cancer.

Cancer was believed to be the mother sign of the Zodiac. The Mother’s breast is the soul’s first home and in holding on to a home or dwelling place is well illustrated by the crab’s grip, and also by the fact that it carries its house along wherever it goes in order that it may be sure of a dwelling.

Physiologically, it pertains to the breast, stomach and spleen, and governs expansion and contraction, elasticity and tenacity. Cancer pertains to fluids, and is said by students of astrology in ancient times, to be one of the signs of the water triplicity.

It is believed that Plato’s interpretation of Cancer and Capricorn agrees with the Egyptians, in that he termed them “the two mouths, the former through which souls descend, and the latter through which they ascend.” 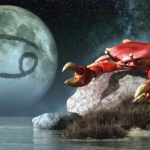 The symbol for the sign, Cancer, contains two tiny, hood-like characters lying parallel to each other, with the hood ends at opposite corners, and relates to the Hebrew letter YOD. Yod is the tenth in the Jewish alphabet and stands for that which is complete, and as it is the smallest of all letters in that language, it allocates with “seed” or “life germ”, which is the most minute cell capable of reproduction. It was believed that the great secret hidden in the sign, Cancer, is that of Nature’s power to reproduce, otherwise the body would not be able to recreate itself daily.

The sign Cancer is in the north and the stars in this constellation revolve around the Pole-star, the seat of the gods, and refers respectively to corpuscle and nucleus. Early fable attributes the guardianship of Cancer to Mercury, which without the explanation given of the true function of the spleen, would not be clear. It depends upon Mercury (mind and nerves) whether the keres of life (in other words, the Spiritual seed) shall be dragged down into hell or allowed to return to heaven. In that sense Mercury is its guardian.

In Chaldean and Platonist philosophy, Cancer was also said to be the Gate of Men, through which souls descended from heaven into human bodies. Statements in sacred books of ancient times, relative to the churning of the oceans, are symbolic of the mother liquor or nutritive fluid from which all forms proceed. Not only does it apply to the churning motion of the stomach, but to the other fertile parts which allocate with Scorpio and Pisces.

The Zodiac sign, Cancer, is represented by Zebulum, the tenth son of Jacob, and signifies a dwelling place or habitation. Zebulum believed in living off the land and was blessed with many good harvests. His land supplied the warriors with provisions during their many land invasions. Matthew is the Cancer disciple. He was a tax collector who gave up his life of riches and sin to follow Jesus. His name was originally Levi, but was changed when he became a disciple, for it meant “Gift of the Lord.” Matthew, like a true Cancer, believed in the importance of pursuing causes that he advocated.