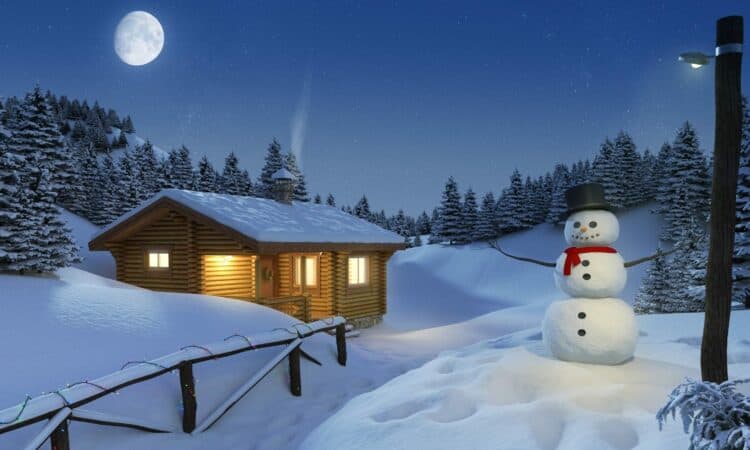 December 2019 Astrological Events – December brings a new vibration and a chance to bring closure and resolution to the year 2019. Under this energy, we are going to be encouraged to go with the flow and to attune ourselves to the rhythm of Mother Earth.

Joining of Mercury (Scorpio) and Pluto (Capricorn) — A Time for Opportunities!

December 3 – Mercury (Scorpio) sextile Pluto (Capricorn). This joining shows us the cooperation between two planets which leads to opportunities in our life. It has a positive blending effect on the planets. Sextiles are considered “soft” or “easy” aspects that reflect the planets involved. Mercury rules the reasoning and conscious mind that forms conclusions. Mercury is intellectual, enjoys learning, teaches and is communicative. Pluto rules transformation through destruction, only to end up in reconstruction. This sextile will infuse each zodiac sign with the desire to surrender to whatever is happening in our lives, knowing that we don’t need to fight so hard for what is meant for us.

More on Mercury and Pluto

December 12 – Full Moon in Capricorn. The Moon will be located on the opposite side of the Earth as the Sun and its face will be fully illuminated. This Full Moon was known by early Native American tribes as the Full Cold Moon because this is the time of year when the cold winter air settles in and the nights become long and dark. This Moon has also been known as the Full Long Nights Moon and the Moon Before Yule. There will be a lot of emotional insight that will be happening in the next few days—get ready now. Embrace the power of the twins, as the Moon harnesses their power, with a Full Moon Meditation of self-love and acceptance.

December 13, 14 – Geminids Meteor Shower. The Geminids is the king of the meteor showers. It is considered by many to be the best shower in the heavens, producing up to 120 multicolored meteors per hour at its peak. It is produced by debris left behind by an asteroid known as 3200 Phaethon, which was discovered in 1982. The shower runs annually from December 7-17. It peaks this year on the night of the 13th and morning of the 14th. Unfortunately, the nearly Full Moon will block out many of the meteors this year, but the Geminids are so bright and numerous that it could still be a good show. Best viewing will be from a dark location after midnight. Meteors will radiate from the constellation Gemini, but can appear anywhere in the sky. What better way to meditate on your place in the Universe than to actually spend an evening with the Universe? Prepare your heart for shooting stars, because the Geminid meteor shower will be all the hope you need for a bright future.

December 2019 Astrological Events – Venus enters Aquarius — Let You Be You!

December 20 – Venus enters Aquarius. Venus in Aquarius is anything but traditional. In Aquarius, the Goddess of Love is rebellious, eccentric, and open-minded with her desires, values, and relationships. When Venus is in Aquarius, we are naturally prone to detaching from our emotions, and instead surrounding ourselves with like-minded individuals, and intellectually-stimulating partners. Impromptu attractions, “friends with benefits,” and all forms of free love, are welcome. This is your chance to march to the beat of your own drum.

December 21, 22 – Ursids Meteor Shower. The Ursids is a minor meteor shower producing about 5-10 meteors per hour. It is produced by dust grains left behind by comet Tuttle, which was first discovered in 1790. The shower runs annually from December 17 – 25. It peaks this year on the the night of the 21st and morning of the 22nd. The Waning Crescent Moon should not interfere too much this year. Skies should still be dark enough for what could be a good show. Best viewing will be just after midnight from a dark location far away from city lights. Meteors will radiate from the constellation Ursa Minor, but can appear anywhere in the sky. Taking place just before the end of the year, this is your chance to make a real wish for the year to come. Trust that the Universe is laying down the groundwork for a major transformation. Be aware of the innate connection we as human beings have with Mother Nature!

December 22 – December Solstice, also called the Winter Solstice. The South Pole of the earth will be tilted toward the Sun, which will have reached its southernmost position in the sky and will be directly over the Tropic of Capricorn at 23.44 degrees south latitude. This is the first day of winter (winter solstice) in the Northern Hemisphere and the first day of summer (summer solstice) in the Southern Hemisphere. The December (or Winter) Solstice helps us to understand that in life, we often have to accept the darkness, whether it be darkness within ourselves, friends, family or just the world in general. We have to accept it but we always hold onto the hope that one way or another the light will shine once again.

December 26 – New Moon. The Moon will located on the same side of the Earth as the Sun and will not be visible in the night sky. This is the best time of the month to observe faint objects such as galaxies and star clusters because there is no moonlight to interfere. The Moon is so powerful, it is responsible for moving oceans, the ocean tides and for the growth of plants, and we as humans are also affected by this powerful energy. The meaning of a New Moon is the opportunity to start anew and refresh your dreams and desires. Meditate in the quiet darkness of the New Moon on all you hope to accomplish. As it’s also the day after a major holiday for many, Christmas, today is a day for rest.

December 26 – Annular Solar Eclipse. An annular solar eclipse occurs when the Moon is too far away from the Earth to completely cover the Sun. This results in a ring of light around the darkened Moon. The Sun’s corona is not visible during an annular eclipse. The path of of the eclipse will begin in Saudi Arabia and move east through southern India, northern Sri Lanka, parts of the Indian Ocean, and Indonesia before ending in the Pacific Ocean. A partial eclipse will be visible throughout most of Asia and northern Australia. This Solar Eclipse provokes changes that are more external, when events outside of us might get in the way of what we want and the path we must take to get it. It forces us to find a different route to our goals.

Moon and Venus Conjunction — A Time of Good Will for All!

December 29 – Moon and Venus Conjunction. This conjunction is a good omen for your social life and your love life. This conjunction manifests itself especially by very deep and intense feelings, which are very long-lasting. Venus rules our sentiments, what we value, and the pleasure we take in life. Grace, charm, and beauty are all ruled by Venus. Through Venus, we learn about our tastes, pleasures, artistic inclinations, and what makes us happy. Transiting Moon Conjunct Venus brings peace and harmony to your life. You will feel emotional, caring and loving. Take advantage of all the good will that will come your way during this conjunction.