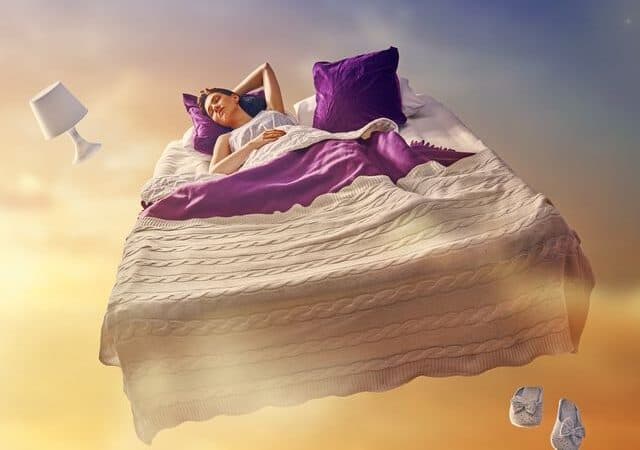 Dreams and Nightmares Meanings- Adults and babies alike dream for around two hours per night. Researchers have found that people have several dreams each night, each one lasting for between five to 20 minutes.

You’re likely to have more vivid dreams if you’ve had some restless nights. You’re also more likely to recall those dreams, too. You usually only dream about faces you’ve already seen in person or on TV, according to Stanford University.

Dreams are a way for the brain to work through complex issues and to explore innovative ways to address situations that we confront during everyday life but are not able to properly resolve. The occasional nightmare is considered a dream that’s simply more frightening or upsetting. Nightmares tend to be caused by stress, anxiety, or sometimes as a reaction to certain medications.

Dreaming of falling is very common. It is a symbol of fear in real life. It might suggest that you need to rethink a choice or consider a new direction in some area of your life. Dreaming of public nudity might indicate that you feel like a phony or that you are afraid of revealing your imperfections and shortcomings. A dream about being trapped in a small space usually means you’re just not happy with where you are and you want to change your current situation. Dreaming about a monster or a demon is only the result of having seen one too many horror films.

Dreams and Eating Before Bedtime!

Eating before bed makes nightmares more likely, because it increases your metabolism, signaling your brain to be more active. Confusion, disgust, sadness, and guilt are more often the driving force behind nightmares than fear, according to research.

Dreams and Nightmares Meanings- The Positive Side of Dreams!

Like attracts like and when you are having dreams of joy then you are going to attract and manifest this in your own life. The feeling of flying in a dream suggests that you have released yourself from circumstances that have been weighing you down in waking life.

Keep a dream diary. Keep a pen and paper by your bed and jot down anything you remember about your dreams as soon as you can after trying to replay them.