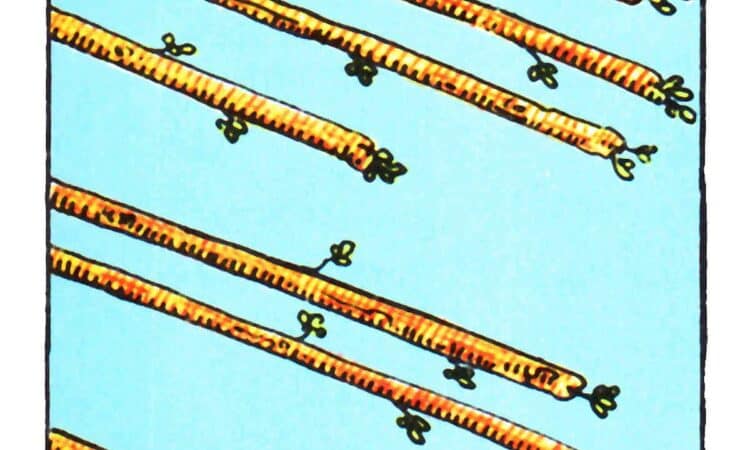 The Eight of Wands indicates major changes, movements and internal alignment. In this card we see eight Wands hurtling through the sky as they cross water from one body of land to another, so travel is obviously suggested here. The skies are bright and clear. Each of the Wands depicted symbolically represents a project, issue, job or demand that the Wands are famous for collecting. The Eight of Wands brings Speed, it brings Action, it bring Movement. Let us hope you had some good sleep and are eating well for you are going to be very busy. If you are single, then you will find yourself suddenly in big demand.

When the Eight of Wands Reversed appears, it has you feeling very frustrated and irritated. You know what you want and where it is, but no matter what you do, you just seem to continuously run into problems of one sort or another. People accuse you of being impulsive or too hasty, which will make you want to explode. You are going nowhere fast and precious time is ticking by. The Eight of Wands Reversed may suggest having to say goodbye to your holiday romance as your charter plane takes off, returning you home and to your normal life once again.