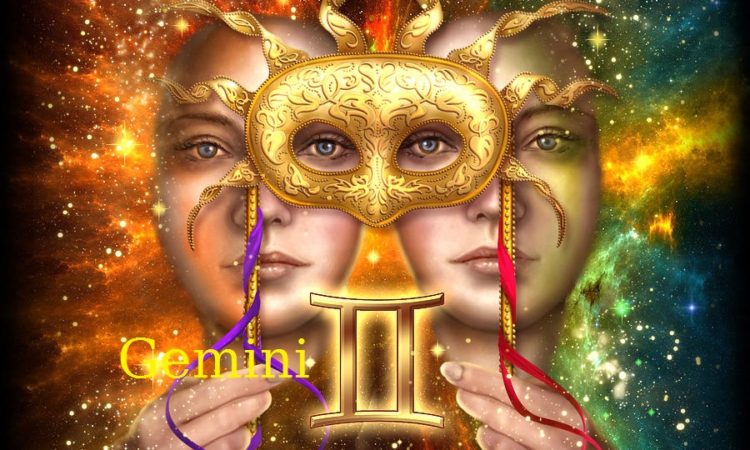 The Astrological sign, Gemini, is named after twins Castor and Pollux in Greek mythology. It was believed that the twins, whose sister was Helen of Troy, fought together in the Trojan War. Gemini, in the ancient chemistry of life, is the branching off time of the year. It precedes the summer and as such it announces change while ruling the time of year when Taurus spring has ended and life on Earth is about to change. Spring is dying down and preparations are done for summer to take over with the beginning of Cancer. Gemini has to do with the branching off of the nerves from the head, to form the body. The base of the brain is where seventy-five percent of the nerves of the head concentrate and cross.

The ancients assigned to Gemini, the bronchial tubes and lungs, the shoulders, arms and hands. Some astrologers have included the nerves, which includes their base formation as fibers. The nerves and bronchial tubes constitute that part of the body which first branches off, after the formation of the cerebrum, cord and cerebellum.

The nerves do not terminate at the end of the spine, but continue to the end of the extremities, after branching. Destiny of each individual depends on the extent and degree to which the Spirit in man is able to control, direct and manifest the threads of life through the cerebro-spinal nervous system. The electricity of life flows through them.

It is believed that of Gemini, we find that in the feet of the Twins, a brilliant white star named Almeisan or Al Maisan, is described as winding, as though the stars of this station were winding around each other, or curving from the central star. In Babylonia, this star marked the tenth ecliptic constellation, the Twins of the Shepherd, and may have been the Babylonian lunar mansion, Khigalla, the Canal. It was believed that the Canal represented by stars in the constellation of Gemini, refers to the spinal canal.

Mercury is the ruler of Gemini, as air, breath, oxygen and Spirit energize and make active the mind for which Mercury stands. Mercury is the Messenger of the Gods, the ruling powers from Mt. Olympus, the cerebrum. Mercury stands, like a fortress of strength against the blows of adversity and sorrow. 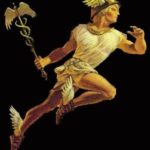 Mercury originated in Aries, and it was gold there, but in the lower regions it became Argentum Vivum, the living silver or the water of life. In metallurgy, we are informed that when minute quantities of either gold or silver cannot be extracted from a mass, they are mixed with mercury to which the precious particles are attracted. It picks up just as the mind does, either that which is valuable or valueless. The mercury is separated and vaporized, and the gold or silver is released.

Mercury is a symbol of the Mind, free at last of all that would prevent its soaring into those realms where only pure Spirit is at home. When the brain is at last completely purified and perfected, it will be possible to soar. The wings on the hat of Mercury represent the two hemispheres of the brain, our thinking cap. The two serpents are symbolical of the right and left sympathetic systems, and correspond to the two thieves of the Bible Story. Under the winged hat is the nectar of the gods, that which nourishes. It is the electricity of life which runs the body, and with which we think.

Gemini means twins, the duality of nature, or the yin and the yang. Mercury is the governing planet of Gemini. Mercury was said to be a patron of merchants and thieves, as it deals legitimately with goods, by stealth, without reimbursing.

In the Bible, Gemini represents Issachar, the ninth son of Jacob, and means reward. He was a symbol of strength, always knowing what had to be done, and doing what was required, without question. In the New Testament, Gemini corresponds to the disciple Judas, which means service or necessity. He was a core member of the group of apostles, accepted by the others, even if he was not really one of them. He was the unnamed “Beloved Disciple” of John’s gospel, reclining next to Jesus at the Last Supper. Disciple Judas was known for making bad decisions.