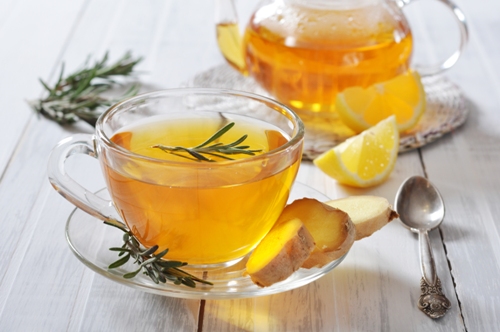 Ginger has been used as a natural remedy for many ailments for centuries.  Now, science is catching up and researchers around the world are finding that ginger works wonders in the treatment of everything from cancer to migraines.  A study conducted at the University of Michigan found that ginger powder induces cell death in all ovarian cancer cells to which it was applied. Of the 115 different chemical components found in ginger root, the therapeutic benefits come from gingerols, the oily resin from the root that acts as a highly potent antioxidant and anti-inflammatory agent. Dr. Oz says, “By opening up the lymphatic channels and keeping things clean, ginger prevents the accumulation of the toxins that make you susceptible to infections, especially in the respiratory system.”

Ginger is thought to slow the growth of colorectal cancer cells, and just as effective as vitamin B6 in the treatment of morning sickness.  Ginger has been shown to be an effective remedy for the nausea associated with motion sickness, an anti-inflammatory, and as a natural painkiller.  A study done on diabetic rats found that those rats given ginger had a reduced incidence of diabetic neuropathy.  Ginger has long been used as a natural treatment for colds and the flu.

There are so many good reasons to include ginger in your diet.  We at www.secretserendipity.com enjoy ginger as a tea.