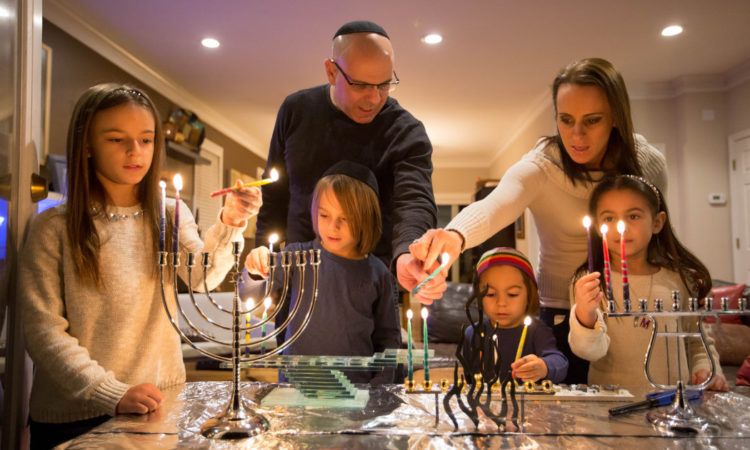 Hanukkah, also known as Chanukah, is the Jewish Festival of Lights. It is a Jewish holiday commemorating the rededication of the Holy Temple in Jerusalem at the time of the Maccabean Revolt against the Seleucid Empire. It is a time for Jewish people to remember their victory in the battle against the Greeks over 2,000 years ago, to practice their religion without restriction. The date it is celebrated changes each year, depending on the Western calendar, but it usually falls in November or December. In 2016, it begins in the evening of Saturday, December 24th and ends on the evening of Sunday, January 1st.

The story of Hanukkah does not appear in the Torah because the events that inspired the holiday occurred after it was written, It is mentioned in the New Testament, in which Jesus attends a “Feast of Dedication.”

A small band of faithful Jews drove the Greeks from the Holy Land, reclaimed the Holy Temple in Jerusalem, and rededicated it to the service of God. When they sought to light the Temple’s Menorah (the seven-granched candelabrum) they found only a single cruse of olive oil that had escaped contamination by the Greeks. Miraculously, they lit the menorah and the one day supply of oil lasted for eight days, until new oil could be prepared under conditions of ritual purity. This miraculous event inspired the Jewish sages to proclaim a yearly eight-day festival.

Hanukkah has become one of the most well-known Jewish holidays, thanks to its traditional fried foods (potato pancakes and jelly donuts), games and the ever-present menorah.

The spinning top, or dreidel is a toy used in a Hanukkah game, adapted from an old German gambling game. The four sides of the top bear four Hebrew letters, nun, gimmel, hey and shin. Players use coins, chocolate money, nuts, buttons or other small objects into a central pot. Each player spins the dreiel and if they spin a nun, take nothing; gimmel, take everything; hey, take half; or shin, put one in.

The menorah, with nine branches, is lit each night to celebrate the miracle of oil lasting eight days. After sundown on the ninth night, the ninth candle, called the shamash, is used to light the others. Jewish people recite blessing during this ritual and display the menorah prominently in a window as a reminder to others of the miracle that inspired the holiday. The candles are placed on the menorah from right to left, same direction in which one reads Hebrew. When lighting the menorah, you light in the opposite direction, using the shamash to light the candles from left to right.

“The darkness of the whole world cannot swallow the glowing of a candle.” ~ Robert Alinger

Best wishes from us at www.secretserendipity.com to you during the eight days of joy and peace. May your household feel the blessings of God this Hanukkah season.