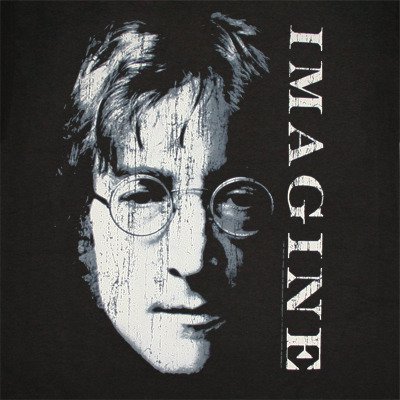 Astrology and Spirituality » IMAGINE – GIVE PEACE A CHANCE (Video)

Imagine is a song written and performed by English musician John Lennon. Lennon explained his message in Imagine by saying that it’s about asking “can you imagine a world without countries or religions?” It’s the same message over and over — and it’s positive. We are all one country, one world, one people. Imagine all the people, living life in peace. Rolling Stone Magazine ranked Imagine the third greatest song of all times.

John Lennon was a pioneer of the metaphysical aspect of the New Age movement.

If someone thinks that love and peace is a cliche that must have been left behind in the Sixties, that’s his problem. Love and peace are eternal. ~ John Lennon ~

Music is everybody’s possession. It’s only publishers who think that people own it. ~ John Lennon ~

Imagine there’s no heaven
It’s easy if you try
No hell below us
Above us only sky
Imagine all the people
Living for today… Aha-ah…
Imagine there’s no countries
It isn’t hard to do
Nothing to kill or die for
And no religion, too
Imagine all the people
Living life in peace… You…
You may say I’m a dreamer
But I’m not the only one
I hope someday you’ll join us
And the world will be as one.

Please visit us at www.secretserendipity.com where we wish we could all be living a life in PEACE.