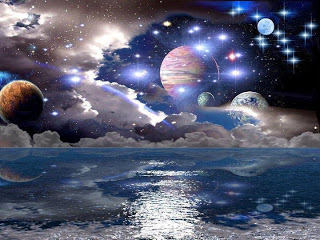 Indonesian culture is rich in spirituality involving ghosts and demons. Evidence of this popularity and the mainstream appeal of spirituality, the paranormal, and mysticism is the immense popularity of the Jejak Spiritual Paranormal Zone show that is spreading as an Internet sensation. Why has this series become such a sensation in Indonesian culture? Well, consider that there are actually famous ghosts and demons in Indonesia:

Wewe Gombel also called Grandma Gombel is a term in Javanese tradition, which is an evil spirit that takes children, but does so without doing any harm. The Wewe Gombel serves as a sort of supernatural child protective services, taking children that are treated badly by their parents. The purpose is to put fear into the parents until they realize the error of their ways. When the parents come to their senses, they child is returned.

Genderuwo is a spirit that deals with the dead who have not achieved a peaceful death. This can be due to suicide or mysterious circumstances. The spirit is not viewed as bad, but more of as an omen that something is wrong. The form of Genderuwo is that of an apish figure with a reddish-black mane, much like a Bigfoot. Genderuwo is most commonly known on the island of Java.

Kuntilanak is a ghost who is believed to come from pregnant women who died during childbirth with the child unborn. The name “puntianak” stands for “woman that dies without child”. This myth is similar to the mythical ghost langsuir known in Southeast Asia, particularly in Indonesia archipelago.

The videos are from Indonesia, and you can understand the appeal to an audience with such a strong tradition of the spiritual and supernatural.