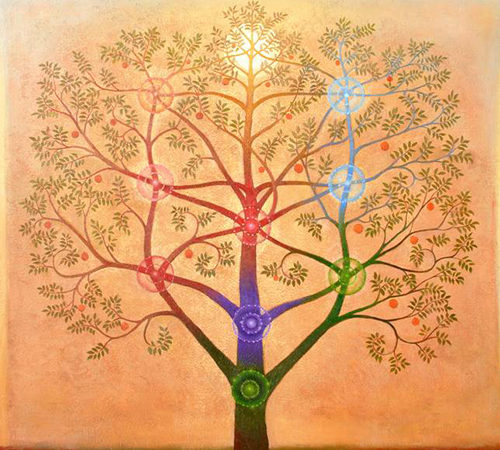 Kabbalah is a term that refers to Jewish mysticism. It is known to be an ancient wisdom that provides practical tools for creating joy and lasting fulfillment. It’s an incredible system of mystical technology that will completely change the way you look at your world.

Kabbalah is the name applied to the whole range of Jewish mystical activity. While codes of Jewish law focus on what it is God wants from man, Kabbalah tries to penetrate deeper, to God’s essence itself.

Inside your body breathes a person – a soul. Inside the body of Jewish practice breathes an inner wisdom – the soul of Judaism. That is why many call it “Kabbalah,” meaning “receiving.” Just as Jewish practice is received through an unbroken, ancient tradition from the revelation at Sinai, so is its soul.

Kabbalah is the received wisdom, the native theology and cosmology of Judaism. Kabbalah provides a cosmic dimensional mysticism to the issues of everyday human life. Illness is a reflection of the lovesickness of the Divine presence for the Infinite Light. The challenges in life are the sparks lost in the primal act of creation, coming to you to be repaired and elevated. Your life is a mission, in which you are directed to the Divine sparks that belong uniquely to your soul, for which your soul has returned many times to this world until they will all be gathered. Mysticism and mystical experiences have been a part of Judaism since the earliest days. The Bible contains many stories of mystical experiences, from visitations by angels to prophetic dreams and visions.

Understanding the cosmic dimensions means that nothing in life is trivial. Everything has meaning. Everything moves toward a single purpose, with a single goal. Understanding allows you to take on those challenges and to complete the journey of your soul. Kabbalah teaches that the human body is an outward expression of the indwelling soul, and that all material things are manifestations of spiritual realities extruding into our universe.

The two hidden foundations of the Kabbalah are Fear of Heaven, and Love of God. These two are hidden in man’s heart – for no-one can tell by looking at a person from the outside if he truly fears and loves God. We are in a time where there is a re-emergence of mysticism, both outside and inside the Church.

Kabbalah has always been essentially an oral tradition in that initiation into its doctrines and practices is conducted by a personal guide to avoid the dangers inherent in mystical experiences. Esoteric Kabbalah is also “tradition” since it lays claim to secret knowledge of the unwritten Torah (divine revelation) that was communicated by God to Moses and Adam. Through observance of the Law of Moses remained the basic tenet of Judaism, Kabbalah provided a means of approaching God directly. It then gave Judaism a religious dimension whose mystical approaches to God were viewed by some as dangerously pantheistic and heretical.