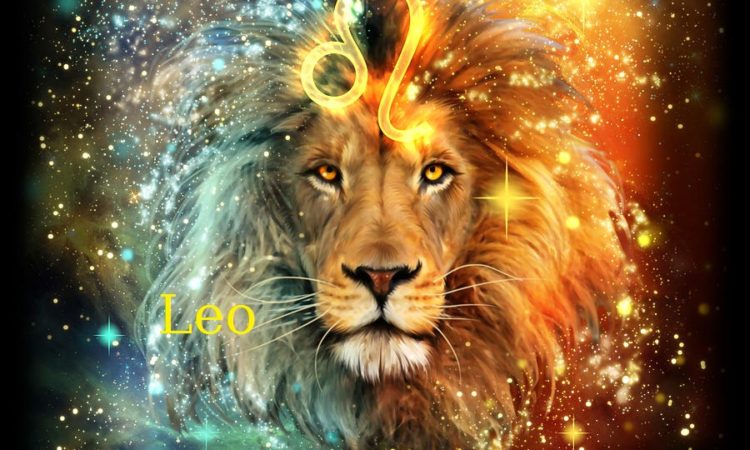 The fifth astrological sign of the Zodiac is Leo, originating from the constellation of Leo. Leo is considered to be a “masculine” positive, extrovert sign. It is a fire sign that is also ruled by the Sun, and the children of that celestial sign are natural sun worshipers. Leo is the Latin word for Lion. This sign is the only one in the circle of the Zodiac having a beast of prey for a symbol.

In Latin, Leo means to blot out, to destroy, to annihilate, which is entirely in keeping with the nature of this animal. The interpretation of this is motion, energy manifesting in action, and the parts of the anatomy having to do with it are the heart and motor nerves. 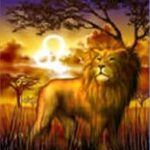 The name “Lion” is very ancient and is said to be of either Egyptian or Semitic origin. It stands for a carnivorous mammal of the cat family, which is often of a tawny, yellowish color. The color of the sign Leo is also yellow. As the Sun is King of Heaven because invested with supreme power over the Universe, so the lion, as king of beasts on Earth , is used as a symbol to illustrate the fact that energy or power may be used to create and also to destroy life. Leo is a symbol of the fifth period of the cycle of life, where strong desire works in the lower nature through passion, instinct, appetite and affection. It is the period of the involuntary development of the astral nature of the soul.

The lion is termed the King of Beasts because of its great strength and majestic bearing.  The word is often met with, in occult literature, an outstanding expression being in the grip of the lion’s paw, which is symbolical of high moral courage and self-control.

The energy which originates in, and is sent forth from Aries, comes to fruition in Leo. In other words, the former is the place of sowing, while the latter, Leo, is the place of reaping. The heart receives from the inner sun in Aries, the Divine fire, and utilizes it in producing visible activities, as well as those which go on unseen within the body. To work in harmony with Aries, Leo, the heart, must use constructively all the energy generated in Aries.

Leo is one of the earliest recognized constellations. In Egyptian mythology, Sekhmet was a warrior goddess who was depicted as a woman with a lion’s head. She was considered a Solar deity matching the ruling planet of the Sun for Leo. Ancient Greek mythology recognized it as the Nemean Lion that would take women back to its lair and lure warriors in to save them.

Those born while the Sun is passing through Leo, July 22 to August 23, receive the heart vibrations, or pulses of the Grand Man, or “Circle of Beasts.” All the blood in the body passes through the heart. So the Leo native is the recipient of every quality and possibility contained in the great “alchemical vase,” the “Son of Heaven.” The impulsive traits of Leo people are symbolized in the pulse, which is a reflex of heart throbs.

The eleventh child of Jacob, Dinah, represents Leo and means judgment. She was a woman of great beauty and independence. Her independence was frowned upon by the town folks, and she was not treated kindly in her village. Simon Peter is the Leo disciple, as represented in the New Testament. He was the chief Shepherd of Christ’s flock, was chosen by Him to be the Prince of the Apostles, and the Rock upon which He was to build His indestructible Church.