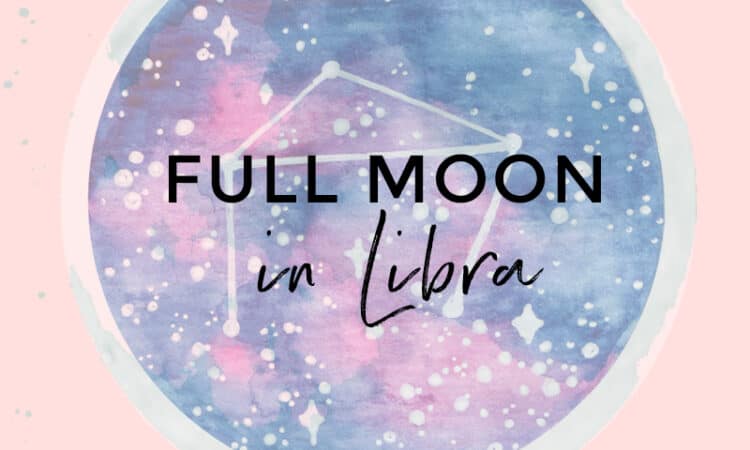 March 28 2021 Full Moon – Winter will become Spring on March 20 during the Equinox. In the southern hemisphere, Summer will transition to Autumn. The word “Equinox” is Latin for “equal night,” with days and nights both being 12 hours long. March’s Full Moon, known as the Worm Moon, will shine brightly on March 28th.

All of the magnified energy that the Full Moon provides shakes up the usual routine. As emotions sway and strengthen, it is a time of uncertainty, and a time of Lunacy! The Earth will be located directly between the Sun and the Moon. (More exactly, the ecliptic longitudes of the Sun and Moon differ by 180°). This means that the lunar hemisphere facing Earth – the near side –appears as a circular disk (being completely sunlit), while the far side is dark.

When the Full Moon is in the accommodating sign of Libra, you will feel a little bit more focused on creating tranquility, beauty, and harmony all around you. Libra doesn’t just appreciate balance, Libra also seeks out imbalance and fixes it. The Full Moon in Libra stimulates our desire for harmony and balance, while the sense of beauty, refinement and aesthetic increases. It is time of justice and impartiality. Family relationships flow in harmony and peace. Mutual understanding with the intimate partner is better than usual. This is a favorable time for the beginning of a new romantic affair.

The March Full Moon was known by early Native American tribes as the Full Worm Moon because this was the time of year when the ground would begin to soften and the earthworms would reappear. Other names for this Full Moon were: Wind Moon, Little Grass Moon, Sore-Eye Moon, Crow Moon, Sap Moon, Lenten Moon, Chaste Moon, Death Moon and Crust Moon.

Most of us seem to be particularly weird and different during a Full Moon. Children trend to act more outrageous and hyper. People have reported to be more accident prone during this time, and Seniors have reported feeling more disoriented during a Full Moon. People may react erratically with more road rage and crazy drivers will be everywhere! Full Moons often bring strange weather patterns, and big scandals, too. Be kind to yourself during these transits, because these luminaries are likely to bring up a lot of heavy stuff, and our sensitive souls are going to be feeling it.

Full Moons can make people feel really restless, as they are releasing old issues from the past that are coming up to the surface in a big way. From a higher spiritual perspective, you might have an intuitive feeling that you are getting some kind of ‘upgrade’ in consciousness, or that something is shifting. So stay aware and see how this energy plays in your life.

A Full Moon is considered to be the strongest of the moon’s phases, the one that has the most influence on us. Scientists claim that the moon has no effect on us, but many of us who have studied and observed the Full Moon, believe very differently. Many believe that the energy of the moon can be tapped into and can affect us all on its own. The Full Moon of Serendipity occurs in the growing seasons. It is known for its nurturing properties and protective tendencies.

Full Moon mythology has persisted throughout history. Even today the myth continues and sometimes appears in the news as law enforcement has linked Full Moons to aggressive behavior. The positive and negative ions in the atmosphere, which can affect human behavior, are the effects of the Full Moon. An excess of positive ions produces headaches, dizziness, bad behavior and other detrimental effects in people, including children. Negative ions are beneficial, and can improve alertness, and general well being.

Could the Full Moon Lunacy be due to “human tidal waves”? The moon effects the ocean’s tides and humans are largely composed of water, so human tidal waves may cause physical changes in the body. This could be the cause of why things get a little weird on the nights of a Full Moon. Most people are bewitched by the Full Moon and are convinced it influences the human psyche and the rhythms of nature.