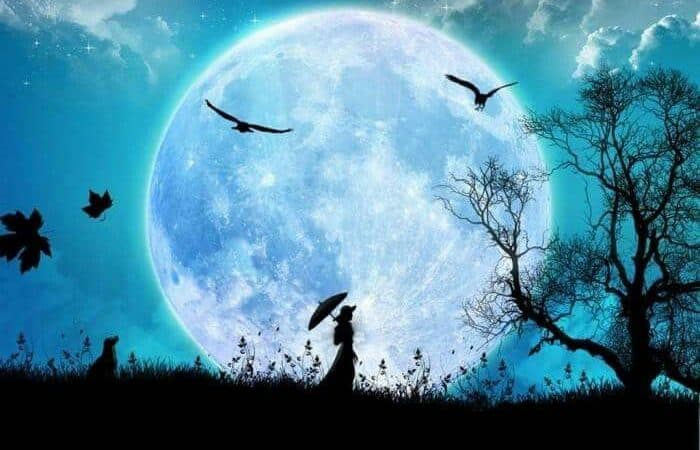 May 18, 2019 Full Moon:   May’s Full Moon in Scorpio is a Blue Moon. Since this is the third of four Full Moons in this season, it is known as a Blue Moon.  There is a possibility of a “Twice in a Blue Moon” too, in which case, you’ll end up seeing two Blue Moons in one year. This happens once every 19 years. This Moon has also been known as the Full Corn Planting Moon and the Milk Moon. 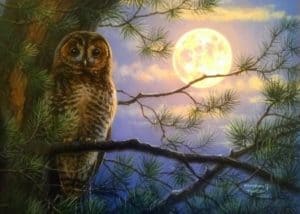 The Blue Moon’s name actually has nothing to do with color. Occasionally, the Full Moon can take on a reddish pallor, but this Full Moon is not related to the actual color of Earth’s cosmic neighbor. The Moon can appear blue in color if a forest fire or volcanic eruption litters the upper atmosphere with ash or smoke, and this is not an uncommon occurrence.  A volcanic eruption gives this Moon a bluish tint.  May’s Full Moon is the third of four Full Moons to occur in one season. A season is the period of time between an Equinox and a Solstice – or vice versa. A Blue Moon happens on average about once every 2.7 years.

The Full Moon governs the realm of intuitive thinking as well as emotions and is called the Queen of the Night.  For all the midnight walkers and couples who want to go on a moonlit date night, this has been recorded to be the perfect time.   This Moon has all nocturnal creatures under its spell.  She has different names in different months of the year. Other names for the May Full Moon are the Flower Moon, Milk Moon – Corn Planting Moon. 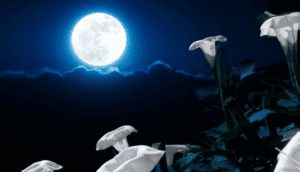 Native American tribes used Moon phases and cycles to keep track of the seasons by giving a distinctive name to each recurring Full Moon. May’s Full Moon was called the Full Flower Moon as well as Mother’s Moon – Milk Moon, and Corn Planting Moon. The May Full Moon marked a time of increasing fertility, with temperatures warm enough for safely bearing young, a near end to late frosts, and plants in bloom.

The Full Moon of May is known as Flower Moon to signify the flowers that bloom during this month. There is a myriad of wildflowers which bloom in May in the Northern Hemisphere. 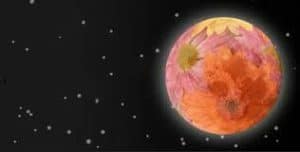 The Flower Moon of May is also referred to as the Corn Planting Moon because corn is ready to plant at this time of the year. It is believed that the Moon influences some natural phenomena, e.g., tides. A simple hypothesis would be that lunar cycles could influence meteorological cycles which in turn could influence crops. This would make May the ideal month for planting. 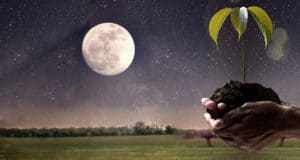 The Mother’s Moon, also known as the Milk Moon of May, got it’s name because cows, goats, and sheep enjoy sprouting weeds, grasses, and herbs in the pastures and produce lots of rich milk, full of vitamins and minerals, for health and wellness.

The reason the Full Moon occurring in the month of May is called a “Milk Moon” is that during this time of year, weeds, herbs, and grasses begin growing everywhere. Therefore, sheep, goats, and cows are filling their bellies with plenty of food after a long and hard winter where there was not much for them to eat. As a result, these animals are producing tons of milk. 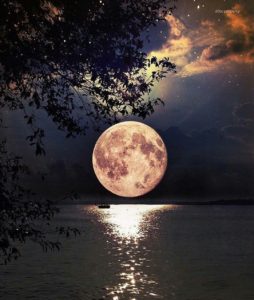 “When I admire the wonders of a sunset or the beauty of the Moon, my soul expands in the worship of the creator.” ~ Mahatma Gandhi

The Moon does provide the Earth with adequate night illumination. In contrast with the Sun, it is a gentle, passive ruler of the night sky. Of course the Moon’s large size is essential for it to provide significant reflected light on the Earth. If its mass were reduced by 99% to make an “average size” solar system Moon, then the evening light received on Earth would be severely decreased by twenty times its present amount. The Book of Genesis states: “And God made two great lights; the greater light to rule the day, and the lesser light to rule the night … ”

The Hebrew term translated light (or) in this passage is flexible enough to include light reflectors such as the moon and the planets. The fact that the moon, which is a reflector, and the sun, which is far from being the largest star, are named “two great lights” is perfectly consistent with the language of appearance which is used throughout the Bible. 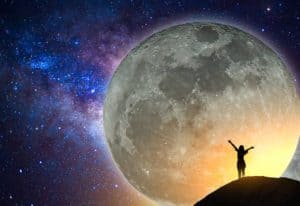 The Full Moon can assist you in releasing stagnant energy, thoughts that no longer serve you, and break habits that are holding you back. Thus, connecting with the Full Moon can empower you to make changes in your life that you have been meaning to for a long time and breathe in new energy into your life!

The Moon has a special relationship with water. The energy of the Earth and the Moon pull at each other, but the earth just can’t hold onto its water. During a Full Moon, the Earth’s tides are amplified. So, to amplify results for your desires, write a few on pieces of paper and float them in water in a glass bowl under the light of a Full Moon.