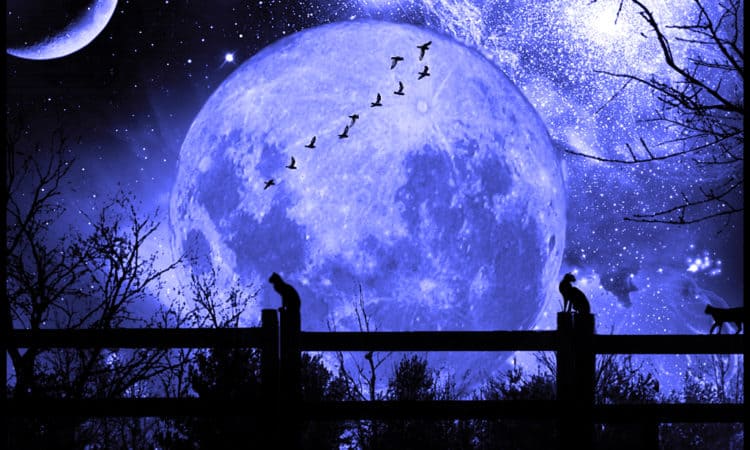 May 2019 Astrological Events: Conjunction of the Moon and Venus

The planet Mercury is much fainter, lower in the sky than Venus, near the exceedingly thin crescent Moon, with its visibility of only 7%. To see them, unless you’re eagle-eyed and have a very clear sky, you might need binoculars. Mercury is brightening day by day now. 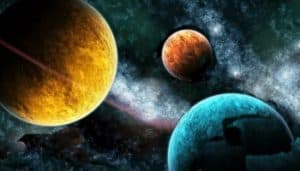 May 2019 Astrological Events: May 3 – Conjunction of the Moon and Mercury

The Moon and Venus are always the brightest and second-brightest celestial objects in the night sky. Plus, Venus has been shining near its maximum brightness.

We cleanse and replenish as we celebrate new beginnings with a New Moon in the sign of opulent Taurus. The New Moon is when the Sun and Moon are aligned, with the Sun and Earth on opposite sides of the Moon. The New Moon is the first lunar phase, when the Moon and Sun have the same ecliptic longitude. As the Moon turns its dark side toward us, turn yourself inward and away from the draining energy of others. It is a time of healing. 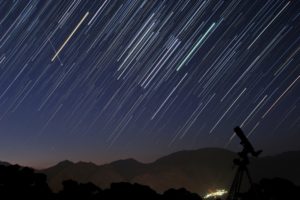 Dive Deeper into Astrological Events with these Astrology Books

May 7 – Conjunction and close approach of the Moon and Mars

During this time, there is a strong sense of attraction that is at once physical and emotional. However, one person may feel that the other person is insensitive during this time, and this can generate feelings of anger or conflict. Accept that each other’s perspective is different, but not wrong. 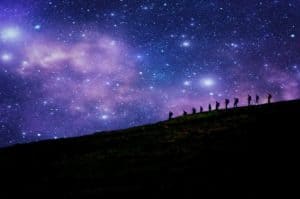 May 2019 Astrological Events: May 8 – Conjunction of Mercury and Uranus

Mercury governs our intelligence and Uranus is considered the refined and more intuitive and intellectual faculties within us. Expect change, abrupt and unexpected.

With the growing light of the Sun, more energy is available during the First Quarter Moon, to create vitality. It is a time for action. This is a great time to make on-the-spot decisions about how to proceed when faced with difficult choices.

May 2019 Astrological Events: May 12 – Asteroid 8 Floria at Opposition

It is an asteroid close to the Sun.  Asteroid Flora represents the Roman Goddess of flowers and spring. Flora became a more important Goddess in Renaissance art than in classical Roman, representing the spirit of that time.

The Moon at perigee. Annual meteor showers arise when the Earth passes through streams of debris left behind by comets and asteroids. The Moon’s distance from Earth varies throughout its monthly orbit because the Moon’s orbit isn’t perfectly circular. Every month, the Moon’s eccentric orbit carries it to apogee – its most distant point from Earth – and then to perigee – the Moon’s closest point to Earth – roughly two weeks later.

May 2019 Astrological Events: May 14 – Asteroid 11 Parthenope at opposition

At around the same time that 11 Parthenope passes opposition, it also makes its closest approach to the Earth – termed its perigee – making it appear at its brightest in the night sky.

Venus is the planet of love and beauty, and traditionally rules both Taurus and Libra. She’s the planet that’s concerned with pleasure, whether that’s pleasure in love or in our physical world. 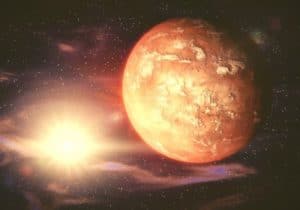 Home and family become the center of our lives with this new phase. Emotions are very intense during this transit, but we also have a good memory and a strong imagination, and they will keep us strong and on the right path.

May 2019 Astrological Events: May 18 – Conjunction of Venus and Uranus

Blue, Full Moon in Scorpio. This Moon has also been known as the Full Corn Planting Moon and the Milk Moon. Since this is the third of four Full Moons in this season, it is known as a Blue Moon. Many of us adopt today an ‘all-or-nothing’ attitude. We must stand firm between two kinds of madness: the belief that we can do anything, and the belief that we can do nothing. Sometimes we should choose the middle path, one of acceptance of what is. 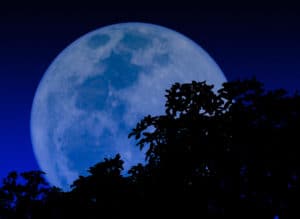 May 2019 Astrological Events: May 20 – Conjunction of the Moon and Jupiter

This conjunction can manifest itself in two different ways: It is a day when people can either be generous, kind and good-natured individuals who are great hosts, or they can be demanding people who require lot of luxury, care and love. Kindness is a necessity, either way.

May 2019 Astrological Events: May 21 – Mercury is at superior solar conjunction and the Sun entering Gemini season begins

Mercury is the ruler of Gemini, so this planet has great vibrations. Starting today, you will find ways to communicate better. This is also best time for short distance travel.

May 2019 Astrological Events: May 22 – Conjunction of the Moon, Saturn and Pluto

A Moon Conjunction, when combined with Pluto and Saturn, causes energies to become super-dense. The filtering aspect of Saturn becomes even more demanding and discerning. This is the time when anything false is likely to get forcefully deconstructed. It is a time of sorting and analyzing.

May 2019 Astrological Events: May 24 – The Perihelion of Mercury

The theory of relativity predicts that, as it orbits the Sun, Mercury does not exactly retrace the same path each time, but rather swings around over time. This means Mercury is getting closer to the Sun as it advances forward. Mercury is seen as our way of thinking and communication. It is a point of verbal understanding and self-expression, helping us to find a way of explaining our inner truth to the outer world. 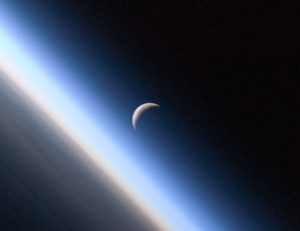 The Moon has moved another quarter of the way around Earth, to the Third Quarter position. The Sun’s light is now shining on the other half of the visible face of the Moon. Throughout the month you’ve been hurt, broken, or angered in many ways. It’s under this Moon that you will receive the strength to let go of all grudges and release all anger.

May 2019 Astrological Events: May 30 – Mercury in Gemini Square Neptune in Pisces