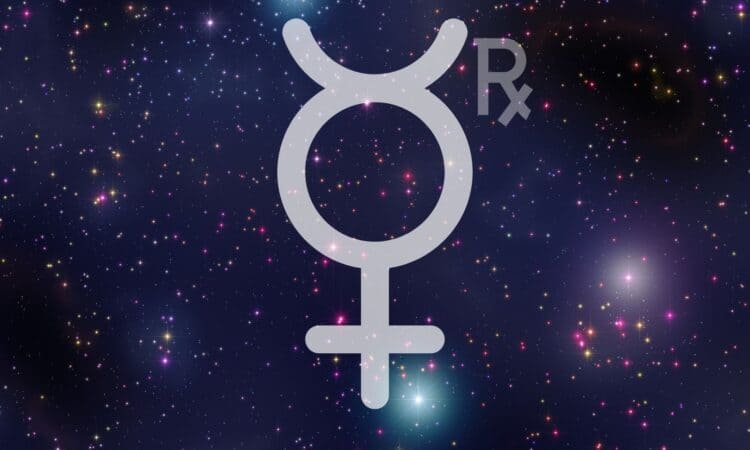 This fall’s Mercury Retrograde happens from September 27th and continues to October 18th but the energy of this retrograde has been present since September 6th and will continue to be felt (but not intensely) until November 2nd . Mercury is the planet that represents communication of all kinds. When it goes retrograde, the theory is that our communications get thrown out of whack.

Mercury – Messenger to the Gods!

Mercury — named after the Roman deity who served as a messenger to the gods — is the quick-moving planet that governs communication, travel, and technology. It helps us transmit messages by controlling both what we say and how we process what we hear from others. Three or four times per year, Mercury appears to go backward in the sky. While other planets also go retrograde, this particular retrograde has the potential to screw up all things related to communication and transmission. Shakeups aside, when Mercury rests, it gives us time to take a breath.

Mercury Retrograde September 27 to October 18 2021 – A Time when Nothing will be Handled Successfully!

Don’t make any important moves when Mercury is Retrograde. Nothing will be settled successfully for the future during these periods anyway – you will find it nearly impossible to nail down a plan. During a retrograde period, it is hard to get decisions from others. Even if a decision is made, it will be subject to change, either just after Mercury turns to direct motion or much later.

What NOT to do During Mercury Retrograde!

Hold off on signing any contracts or making a big purchase.

Be prepared for traffic and other travel mishaps.

Delete any texts from a toxic ex.

Refrain from starting anything new.

With communication going haywire, Mercury Retrograde can really mess with romantic relationships, family dynamics, and emotions in general. You may say the wrong thing at the wrong time, send an awkward text, or double-book plans. Throwing a wrench in any aspects of your life can cost dollars and patience, which is why taking time to think carefully during a Mercury Retrograde can be the difference between success and failure.

When Mercury is direct it helps us to speak our truth and communicate it to the world. When Mercury goes retrograde however, this planet gives us the opportunity to assess our truth and how we have been communicating it to the world. This dual process has to exist and happen for us to really understand who we are and how we choose to express or communicate this information. Mercury Retrograde comes with the obvious annoyances but they’re for our growth, despite how frustrating they can feel.

This is a time to reach out to people you haven’t seen but are thinking of. Don’t be surprised if this happens on its own. If people come into your consciousness, reach out. Just like those projects you need to finish, this is the time to rekindle those relationships you might’ve lost touch with that you care for. If you break up with your significant other, you may find yourself back together again. Unfortunately, things that happen during a Mercury Retrograde just don’t always stick.

A Mercury Retrograde Ritual will help you stay calm during the cosmic chaos! For the ritual, you’ll need: A childhood photo or a toy, an orange candle, and a positive mindset. For the ritual: Light the candle, and hold onto the photo or toy, or both. Close your eyes and think of the things that make you the happiest. Remember the things that made you laugh as a child, and your favorite ways to play. Call upon this innocence, and ask it to guide you throughout your creative process. Meaning: The childhood item or photo, has your energy and essence. The orange candle is a representation of your sacred Chakra, the Chakra associated with creativity and self expression. Together, these two items can help you manifest your unique light.