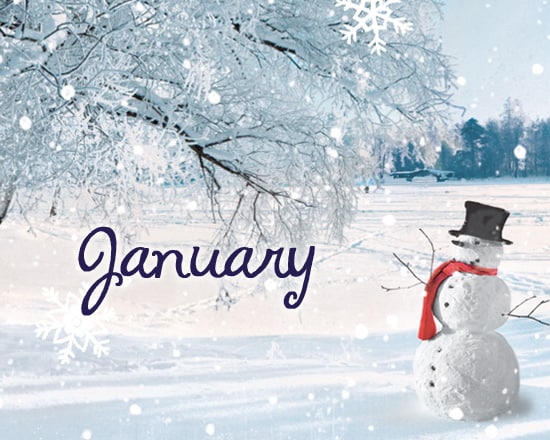 Moon Phases January 2022 – January begins the month in the sign of Capricorn, and on January 20, transfers to the sign of Aquarius. It is a time when you walk in the rhythm of your own life, and focus more on freedom in your decisions.

January 2 – New Moon in Capricorn. New Moons offer the opportunity to forge a new path. Today’s New Moon asks us to get crystal clear about what we want to grow more of in our lives. While fighting for noble causes often appeals to you, this is more about personal freedom. Standing up for yourself may not always be popular, but this event isn’t about winning others’ approval. It’s about being true to your own needs and your right to be a unique individual. The New Moon also reminds us of how much personal power we have when we use it to make things happen. Use it wisely.

January 3 & 4 – Quadrantids Meteor Shower. The Quadrantids will peak on the night of the 3rd going into the 4th. Unlike others, this shower has a very sharp peak that you must be in the right place at the right time to witness, otherwise you see significantly less meteors. But since this will be close to a New Moon, you won’t have any Moon interference, and you’ll have an excuse to go outside to a dark location.

January 7 – Mercury at Greatest Eastern Elongation. Mercury is located low in the western sky after sunset, but on the 7th it reaches its maximum eastern elongation. For several days before and after this, the elevation of Mercury after sunset is its highest for this year, making it easy to observe during this time. The planet Mercury monitors the family affairs in life. It is related to peace of mind, earnings, intellect, education and business. Mercury rules most favorably over two signs of the Zodiac, Gemini and Virgo.

January 9 – Moon at First Quarter. This is a phase where the Moon is 50 percent lit on the right side of the Moon, bringing growth and illuminating understanding to your personal connection to the initial lessons of the New Moon. This is a test of your commitment to the initial goals. This is a time for you to really appreciate your drive and directional energy. Concentrate on manifesting your dreams into reality and you will be rewarded.

January 17 – Full Moon in Cancer. Most Full Moon names which we consider traditional, date back to Native Americans of North America. The Full Moon in January is the Wolf Moon, named after howling wolves, which may stem from the Anglo-Saxon lunar calendar. The wolf has the ability to endure the brutality of the cold very well. January’s other names for its Full Moon: Moon After Yule, Old Moon, Ice Moon, and Snow Moon, Cold Moon and the Great Spirit Moon. We all know we should think positively as much as possible, but during the Full Moon, we’ll have a wind at our back. Your positive thoughts will be energized and multiplied.

January 25 – Moon at Last Quarter. Last Quarter Moon arrives about a week after each Full Moon. This is the time to seek balance and not to try anything new. It is a time to release and let go of any negativity and things you no longer need or are things that are no longer working. A good time to clear out cupboards and also to weed and clear out your plants, whether literally or figuratively.

January 29 – Conjunction of the Moon and Mars!

January 29 – Conjunction of the Moon and Mars. Moon and Mars conjunction can make a person lose his or her temper very quickly. They may get angry on small things and not tolerate very much. They will fight on unimportant things. If they see anything and like it, a strong desire will come into their mind to get that thing as soon as possible. This is a good time to stay in the background and not look for confrontation for it will soon pass.

Moon Phases January 2022 – January 31 – Conjunction of the Moon and Mercury!

January 31 – Conjunction of the Moon and Mercury. The Moon is creativity and Mercury is intellect and all about communication. When these two planets come together, people tend to be very tactful and polite in their speech. It is a time when people are very talkative and go on expressing, explaining their feelings, share day-to-day life with anyone who will listen to them. Mercury also controls one’s ability to make objective decisions. When conjunct with the Moon, a person feels it is too big of a deal if they make the wrong decision, so they worry.

More on Moon Phases and Astrology