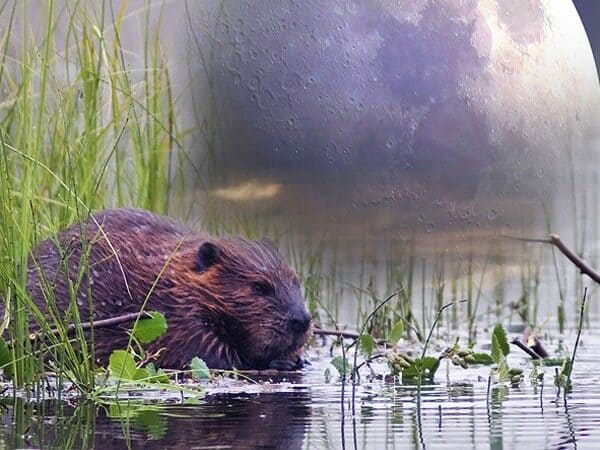 November 2019 Astrological Events: November brings a Full Moon in Taurus, Meteor Showers, Transits, and a time for Peace and Tranquility.

The name November derives from Latin for ‘ninth month,’ which is also known as “Novembris mensis.” Representing the spiritual warrior, this month also acts as a mirror, reflecting the truth which says that the real battle lies within us. Now will be the time to stay mindful and concentrate on the right actions and correct conduct. We can also use the energy offered to us in November, to help us co-create the life which we truly want to live. Every one of us can use the energy of November to bring in more love, gratitude, as well as abundance – all we have to do is start focusing our attention on what we really want, instead of on what we do not want.

November 1 – Venus enters Sagittarius. This is a Transit that attracts more – you want more and you can get more. There’s a sense of adventure – who knows what might happen and isn’t that the point? This is the time to keep your eyes open and consider what might usually be “impossible.” Take a second look at the romantic prospect of who is not your type, or the source of income that’s unusual and exotic, or the situation that’s a bit outside your comfort zone but still appealing.

November 5-6 – Taurids Meteor Shower. The Taurids is a long-running minor meteor shower producing only about 5-10 meteors per hour. It is unusual in that it consists of two separate streams. The first is produced by dust grains left behind by Asteroid 2004 TG10. The second stream is produced by debris left behind by Comet 2P Encke. The First Quarter Moon will set shortly after midnight leaving dark skies for viewing. Best viewing will be just after midnight from a dark location far away from city lights. Meteors will radiate from the constellation Taurus, but can appear anywhere in the sky.

November 8 – Saturn (Capricorn) Sextile Neptune (Pisces). These planets work well when Saturn provides the structure and realism to the dreams of Neptune. It also makes one sensible about future plans and gives you the ability to defer gratification for a later date. During this transit you find the patience to see a project through to the very end, no matter what obstacles fall in your path. Patience is probably one of its biggest gifts.

Transit of Mercury – A Time for Correction

November 11 – Rare Transit of Mercury Across the Sun. The planet Mercury will move directly between the Earth and the Sun. This is an extremely rare event that occurs only once every few years. The next transit of Mercury will not take place until 2039. This transit will be visible throughout all of South America and Central America, and parts of North America, Mexico, Europe, the Middle East, and Africa. The best place to view this event in its entirety will be the eastern United States, Central America, and South America. This Mercury Transit gives us a valuable opportunity to revisit ground covered in the previous few months and correct any decisions or communications that need further attention.

November 12 – Full Moon. The Moon will be located on the opposite side of the Earth as the Sun and its face will be fully illuminated. This Full Moon was known by early Native American tribes as the Full Beaver Moon because this was the time of year to set the beaver traps before the swamps and rivers froze. It has also been known as the Frosty Moon and the Hunter’s Moon. The energy of a Full Moon (influenced by the current Zodiac transit) is heightened and emotions, feelings, mental processes, dreams, etc are all exaggerated. When the Sun and the Moon oppose each other during a Full Moon, this can cause tension and uneasy friction, but at the same time a greater increase in our vision and potential likelihood of good things coming our way. .

November 17- 18 – Leonids Meteor Shower. The Leonids is an average shower, producing up to 15 meteors per hour at its peak. This shower is unique in that it has a cyclonic peak about every 33 years where hundreds of meteors per hour can be seen. That last of these occurred in 2001. The Leonids is produced by dust grains left behind by comet Tempel-Tuttle, which was discovered in 1865. The shower runs annually from November 6-30. It peaks this year on the night of the 17th and morning of the 18th. The Second Quarter Moon will block many of the fainter meteors this year, but if you are patient you should be able to catch quite a few of the brightest ones. Best viewing will be from a dark location after midnight. Meteors will radiate from the constellation Leo, and can appear anywhere in the sky.

Conjunction of Venus and Jupiter – A Popular Combination

November 24 – Conjunction of Venus and Jupiter. A conjunction of Venus and Jupiter will be visible on November 24. The two bright planets will be visible within 1.4 degrees of each other in the evening sky. Look for this impressive sight in the western sky just after sunset. This aspect stimulates (for better or for worse) a very active social life. If the subject is not hosting lavish parties then they will be going to them. This is a very popular combination where the Venus conjunct Jupiter is super charming.

A New Moon in Sagittarius – Change is Inevitable

November 26 – New Moon in Sagittarius. Even though it’s very close to being invisible in the sky, a New Moon’s energy brings the start of a new lunar cycle, as well as the beginning of a new personal cycle. True of fire signs, you’re at the forefront of change. This New Moon cycle represents an opportunity to rid us of the ‘junk’ in our lives — material and spiritual. We have the chance to make important changes in our lives, as we are learning to dig deeper into the mysteries around us instead of always being content with the status quo. More cautious souls might find you reckless but they are not all that surprised by how often luck is on your side. Change is inevitable, but in November, change will be for the better.

November 28 – Mercury at Greatest Western Elongation. The planet Mercury reaches greatest western elongation of 20.1 degrees from the Sun. This is the best time to view Mercury since it will be at its highest point above the horizon in the morning sky. Look for the planet low in the eastern sky just before sunrise. Mercury CAN bring back an old flame, but often it’s for the purpose of closure, not necessarily because this is the “one that got away.” Don’t be surprised if you get a Facebook friend request from someone you dated ages ago or a forgotten childhood friend. Practice forgiveness. Finish processing what is unresolved so you can let it go.

November 30 – Mercury (Scorpio) Sextile Saturn (Capricorn) Mercury rules the reasoning and conscious mind that forms conclusions. Mercury is intellectual, enjoys learning, teaches and is communicative. Saturn rules stability, responsibility and longevity. Saturn is also disciplined and cautious. Saturn is lasting and will stand the test of time. Saturn rules time. When an astrological event positions these two planets together, during this sextile, you have a very disciplined mind, especially where work and career are concerned. It is the perfect time for making important decisions.