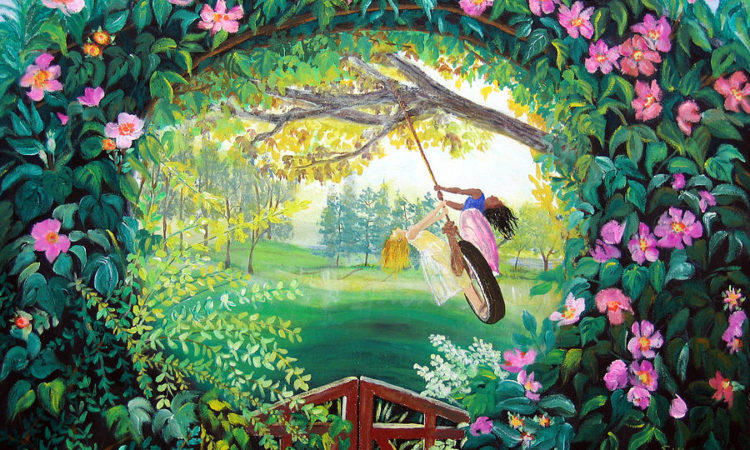 Romanticism was an artistic and intellectual movement that originated in late 18th century Western Europe. The Romantic movement promoted creative intuition and imagination as the basis of all art. Romantic art focused on emotions, feelings, and moods of all kinds including spirituality, imagination, mystery and mysticism. The Romantic imagination finds in the entire universe – between living beings as well as inanimate objects, a bond of all-embracing unity, solidarity and fellowship. The movement believed in spiritualism over science.

Nature was seen as the mirror of the soul. It was also regarded as a symbol of freedom. Artists also were intrigued by the animal kingdom, as they saw animals as both forces of nature and metaphors for human behavior. Romantics were distrustful of the human world, and tended to believe that a close connection with nature was mentally healthy. Romantics were also very interested in the uniqueness of the individual.

The European Romantic movement reached America in the early 19th century. The movement appealed to the revolutionary spirit of America as well as to those longing to break free of the strict religious traditions of early settlement. Other groups of artists expressed feelings that verged on the mystical, many largely abandoning classical drawing and proportions. The American Romantics were preoccupied with questions of democracy and freedom. They were nonconformists. They believed emotions are central to our identities.

“Compared with members of other nations of Western civilization, the ordinary American is a rationalistic being, and there are close relations between his moralism and his rationalism. Even romanticism, transcendentalism, and mysticism tend to be, in the American culture, rational, pragmatic and optimistic.” ~ Gunnar Myrdal ~

The poet Charles Baudelaire wrote in 1846, “Romanticism is precisely situated neither in choice of subject nor in exact truth, but in a way of feeling.”

Join us at www.secretserendipity.com as we take our journey to wellness.