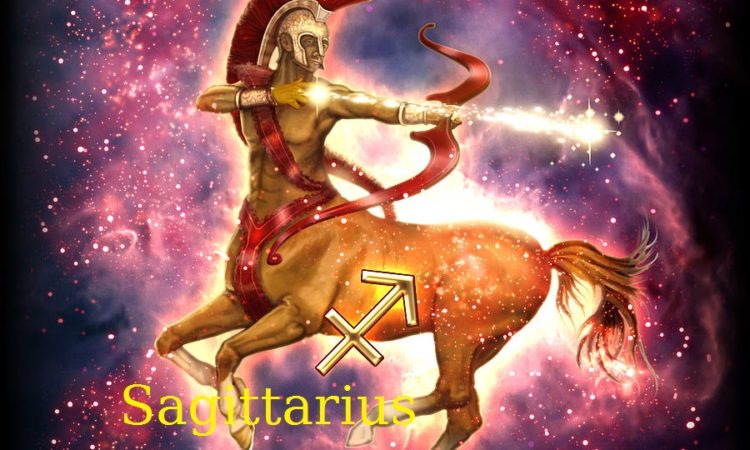 On November 22, the Sun enters the zodiacal sign Sagittarius, and remains until December 21. Jupiter is its ruler. Sagittarius is the third and last of the fire triplicity. Its symbol is the Centaur, a mythological being, having the body of a horse, with the head, neck, and arms of man. He holds a drawn bow, and points an arrow upward. Some ancients believed that Jupiter had been born on Mt. Olympus, and was nourished by a goat.

In ancient Greek mythology, Jupiter or Zeus, when an infant, was concealed in the island of Crete, in order to save him from following the fate of his other brothers and sisters. His father Chronos (Saturn) was told that he would be dethroned by one of his own children. To prevent this, he decided to swallow each as it was born, Jupiter was the sixth child. His mother covered a stone with swaddling clothes, and palmed it off on Chronos as his son, Jupiter.

Sagitta means arrow, swift, fleet, sharp, and aimed at a mark. This was believed to be an analogous to the higher mind and its processes. From the root of arrow, the word arrogance is obtained. It relates to exorbitant pride, exalting one’s worth or importance to an undue degree.

The sagittal stone in an arch is termed the Key Stone. It is the voussoir at the center of the crown of an arch, which being the last set in place, is regarded as binding the whole together. Of the three cerebral association centers, the one in the forehead is the last to develop. This part of the head allocates with the third and last decan of Aries, and is under the co-rulership of Jupiter.

Sagittarius relates to the higher mind and anatomically to the hips and thighs. It is also concerned with the formation of the first blood vessels. Metaphysically interpreted, sagitta means a thing having an analogous part or function. A part or force on which associated things depend for support.

The hips and thighs also form a natural basin for the protection of the organs pertaining to excretion. The conditions of these organs naturally depends on whether Jupiter is the bountiful giver of all good things, or whether he is the prodigal son.

Ancient astrologers believed Sagittarius or Higher Mind, is related to speech, and that the first characters were cuneiform, wedge-shaped or arrow headed. They speak of many scenarios. The Archer Sagittarius stands with his bow bent ready to let fly an arrow across the river Eridanus, or Phlegethon, at the Scorpion (Beelzebub), whose poison tail is bent around the southern end of the Isle of Circe, of the Myth of Ulysses. On the Cimmerian shores of the fabled river of Hades, Sagittarius as Charon ferries the Soul (Sol-Sun) over the fiery, starry stream of the Milky Way.

In Euphraten astrological lore, the original golden seed of heaven was the Sun. It was seized and swallowed up by the darkness in the form of different monsters. Among the Jews, Sagittarius was the tribal symbol of Ephraim and Manasseh, from Jacob’s last words to their father, Joseph “his bow abode in strength.”

Sagittarius is shown on a coin of Gallienus of about 260 AD, with the legend Apollini Conservtori, and on those of King Stephen, emblematic of his having landed in England in 1135, when the sun was in this sign.

Sagittarius is represented in Bible alchemy by Levi, the third son of Jacob, meaning “joined or associated.” Levi was said to be a prophet, particularly pious, and able to forecast the future. He believed in the power of forgiveness.

In the symbolism of the New Testament, Sagittarius corresponds to the disciple James, son of Alpheus. He was a believer of truth and a powerful preacher. He believed in giving glory where glory was due, and that we were all one under a powerful God.