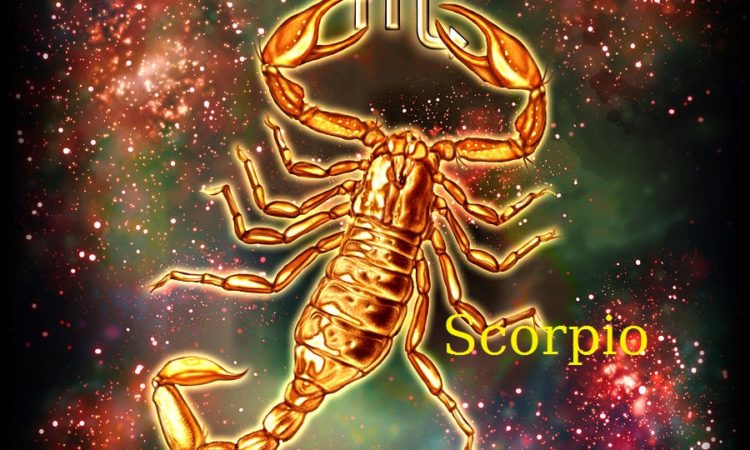 Scorpio is the eighth sign of the Zodiac and comes after the autumn has begun in Libra. Scorpio is a water sign, governed by Mars. Mars is a “doer of things,” also fiery at times, therefore, it was believed that the Scorpio native must take heed, lest he sometimes “boils over.”

The constellation of Scorpio was held by the ancients to be a bird of bad omen, the harbinger of winter. So for mystical reasons, they first adopted the Eagle as its sign. The sign of Scorpio was also considered as the very gate of hell, as it was the commencement of the five months of winter with its cold, wet and very disagreeable weather, rendering it necessary to have fires to keep warm. All the gods of winter were colored red, in imitation of fire, and having dominion over the lower world. 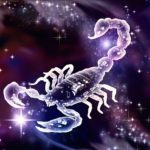 Scorpio was also Lugal-tudda, the “thief” and god of lightning, the giver of fire to man. The torment produced by the sting of the scorpion was likened to the burning of lightning. The electrical fire manifesting in lightning is analogous to the fire of life. “And they had tails like unto scorpions, and there were stings in their tails, and their power was to hurt men, five months.” (The five months of winter).” Rev. 9:3, 4, 10, 11.

Scorpio is the eighth sign, it allocates with the eighth division of the human body, which contains the organs of procreation. The largest nerve in the body, the great sciatic, rises from the sacral center, and not only sends important branches to the sexual glands, but other nerves banch to the knees and to the extremities.

The ancient explanation of the word “hurt” is revealed when it is realized that the wrong use of Scorpio, the procreative organs, in sexual excesses or self-abuse, not only actually impairs the activities of these five parts, but very often results in paralysis.  They believed that degeneration, generation and regeneration, were the three stages in the lives of the triune being: animal, human, and spiritual man.

The ancient meaning of the term “thief” represents the sting of the Scorpion. The sex act not only steals energy from the five divisions of the body represented by the extremities, but reacts on the brain in exactly the same way. They believed the sting on the tail was Cupid’s dart, for he is the hunter whose arrow has ever been known to wound.

In Hindu lore, we find many of the stars of Scorpio grouped under one name, that of Calamity, referring to the negative character of Scorpio. The Euphrateans depicted its positive nature as Prosperity, which allocates with its symbol, the White Eagle.

The Scorpion and its sting has been known, from ancient times, as the Angel of Death. The White Eagle is its esoteric symbol, and is emblematical of the Divine promise of life everlasting to “him who-over-cometh.” The words, “and he shall go no more out,” refer to the overcoming of death. Death cannot take place when there are sufficient corpuscles to sustain life, as it was believed in astrological history.

Astrology teaches that Mars rules Aries and Scorpio. As ruler of Scorpio, it becomes the Angel or means of Death. It does not create, but tears down and destroys. Mars rules the first seven signs of the zodiac in a positive manner. Mars rules Scorpio and the other four parts of the body negatively and destructively. It has lost its spiritual vibration.  But astrologers believed that there was still hope.

In Bible alchemy, Scorpio is represented by Simeon, the second son of Jacob. Simeon means “hears and obeys.” He was fierce towards his enemies.

In the symbolism of the New Testament, Scorpio corresponds to the Disciple Andrew, and means to create or ascend. Like those born under the sign of Scorpio, Andrew, well educated, had an inquiring mind. He was always actively looking for the truth. He was the problem solver of the disciples.