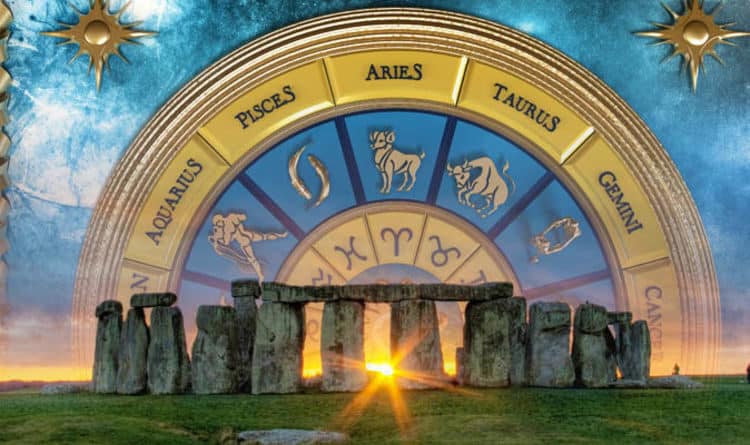 The Summer Solstice, June 21, 2019, brings that powerful planetary moment when the tilt of the Earth brings us closest to the Sun. The Summer Solstice is the day with the most hours of sunlight of the whole year. The word “solstice” comes from the Latin word, solstitium—from sol (Sun) and stitium (standing), reflecting the fact that on the solstice, the Sun appears to stop moving in the sky as it reaches its northern- or southernmost point. After the Solstice, the Sun appears to reverse course and head back in the opposite direction.

Summer Solstice and the Longest Day of the Year 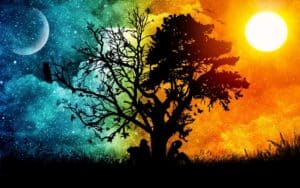 There are two Equinox points each year (spring and autumn) and two Solstice points (summer and winter). During the Summer Solstice, the Sun will appear to stop and then begin declining in the slightest way each day in a southward direction. The date of the Summer Solstice marks the longest day of the year because at that point the Sun stops right over the Tropic of Cancer which is the northernmost point.

This the time to acknowledge the part of the Sun’s cycle that has such a great impact on earth, where rewards are reaped from the harvest.  It is the perfect time to spend quality time outdoors to soak up powerful Sun energy, show heartfelt gratitude and celebrate the abundance and blessings that are in our lives. 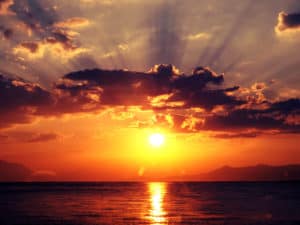 At the Summer Solstice, Earth is positioned in its orbit so that our world’s North Pole is leaning most toward the Sun. As seen from Earth, the Sun is directly overhead at noon 23 1/2 degrees north of the equator, at an imaginary line encircling the globe known as the Tropic of Cancer – named after the constellation Cancer the Crab.

The tropics, which includes the Tropic of Cancer, account for 36 percent of the Earth’s landmass and is home to about a third of the world’s population. The weather is warm all-year-round, averaging 25 to 28 degrees Celsius (77 to 82 degrees Fahrenheit). This is because the tropics get more exposure to the Sun. The Tropic of Cancer was named because at the time of its naming, the Sun was positioned in the Cancer constellation during the Summer Solstice.

The Ocean and Healing 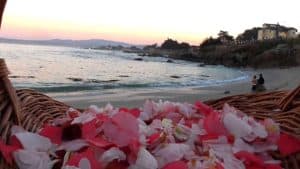 Since Cancer is associated with the ocean, this can be likened to our depth of creativity. The ocean waves are like the heartbeats of the earth – their motion is constant. They unconsciously remind us that we are part of something larger – part of a natural rhythm that needs no effort on our part to continue. By getting in touch with that rhythm, we are better able to get in touch with ourselves.

Spend as much time on near the ocean as possible – you can walk on the beach near the ocean or swim in the ocean itself. All these activities are linked to the ocean’s healing abilities.  Ocean healing is a very accessible and easy method to heal your mental and physical body.

Celebration of the Return to Light 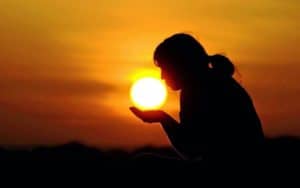 The Summer Solstice is a celebration of the return to light, and it so powerfully reminds us of the Light within each of us. It is about awakening, or reaching Enlightenment, as an omnipotent symbol of ascension and the ultimate triumph of Light over Darkness.

The Summer Solstice gives us a window to step into the personal power we have cultivated this past year and to manifest it as a new habit, a new relationship, a new way of being in your body. We can’t hurry things, but if we just relax and let go, things will reach their fullness without effort or the striving of ego on our part. 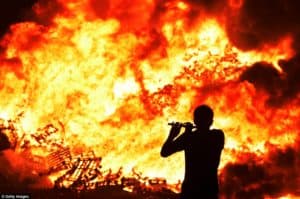 Celebrations have been held in conjunction with the Solstice in cultures around the world for hundreds of years. Among these is Sankthans, or “Midsummer,” which is celebrated on June 24 in Scandinavian countries. In 2016, the people of Ålesund, Norway, set a world record for the tallest bonfire with their 155.5-foot celebratory bonfire.

Many Native American tribes took part in solstice rituals, some of which are still practiced today. The Sioux, for instance, performed a ceremonial sun dance around a tree while wearing symbolic colors. Many cultures still celebrate the summer solstice. Midsummer festivities are especially popular in Northern Europe where bonfires are lit, girls wear flowers in their hair and homes are decorated with garlands and other greenery. 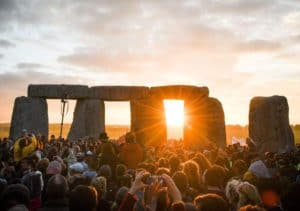 Stonehenge, in England, was built in three phases between about 3,000 B.C. and 1,600 B.C., and its purpose remains under study. However, it’s known that if you stand in just the right place inside the Stonehenge monument on the day of the Summer Solstice, facing northeast through the entrance towards a rough-hewn stone outside the circle – known as the Heel Stone – you will see the sun rise.

Stonehenge has been a popular spot to celebrate this day because it was built to directly align with the solstices. But only during the Summer Solstice specifically does the rising sun reach the middle of the stones and shine on the central altar. There are those who believe Stonehenge was built with the guidance of higher forces who left sacred stone markers throughout the planet that allow human consciousness to remember that it was not born of this physical planet but came here as spirit, to return one day. 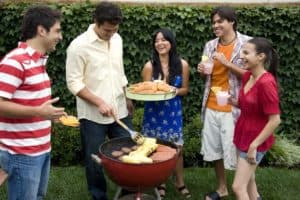 With the warmth of the season caressing the land, the celebration of the Summer Solstice brings forth a truly joyous recognition that we can now enjoy the fruits of our labors in the past season.  It is not surprising that this same spirit of pleasure and fun had carried over into our modern-day recognition of this, the longest day of the year.

This Summer Solstice is a great time to bond with your friends and family members. People should spend the days around the time of the Solstice with their close friends and family, developing connections and allowing themselves to feel happy and loved with those that are important to them.