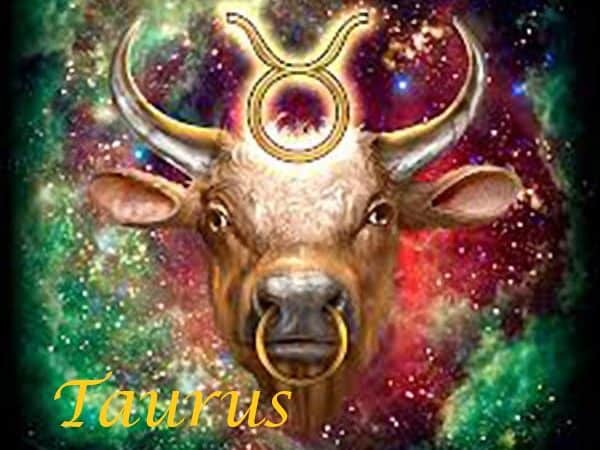 Taurus is a symbol of the second period of the cycle of life, for it is the second sign and house of the Zodiac, receiving the out-going electrical energy of Aries, and utilizing it in the formation of the human body. It is believed to be one of the oldest constellations recorded, as far back as the late 5th century, BC.

Taurus was believed to be the healing god, because he represented the growing strength of the Sun, from “Helios” the Sun. Helios is also Apollo, and every nation and every people has had its own particular term for this divine giver of life, light and heat. The Winged Bull of Nineveh, also known as the Winged Bull of the Zodiac, Taurus, is a symbol of the great truth and substance that is materialized air, and that all solid substances may be resolved into air. 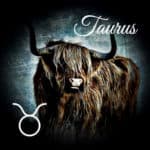 Taurus is an Earth sign, and Earth, also thought of as the soul, is precipitated aerial elements. The Taurus individual can descend deeply into materiality or soar “High as that Heaven where Taurus wheels.” Taurus is represented by the cerebellum, or lower brain and neck. It is also believed to be in tune with the ears, face around lower jaw, cerebellum, neck, throat, liver and gall bladder.

The word Taurus also means any round swelling or protuberance, a projecting part or cushion. The sub-conscious mind functions through the lower brain or cerebellum. It is the organ of consciousness, the Most High. The Greek definition is Athens, and the goddess Athena means wisdom. It is from this Greek word that we derive the term attic. An attic is the top-most room in a house. It is thought that Aries or the cerebrum, is the God-brain and Taurus, or the cerebellum, is the contending brain.

The Sun rules the pineal gland and the Moon the pituitary gland. These constitute the male and female, which God joined together in the Garden of Eden. The nerve-fluid from these two glands meets and crosses at the point or place in the head where Taurus begins. It is called Golgotha, Place of the Skull.

Taurus the Bull is said to plow the Earth, preparing the soil that it may bring forth. This sower is given, has made, and contains the seeds of all things, as also does the Earth. The Taurus sign means to move. After the Spring equinox, and until April 21st, action begins. Nature starts to manifest visibly. Aries, the cerebrum, generates the electricity. Cosmic electricity starts the motor, and the Medulla Oblongata, Taurus, relays it so that it may start on its long journey.

During this Spring period, some feel lazy and debilitated and are thus unable to appreciate what is going on in Nature and what Nature is endeavoring to accomplish in the human body. Many suffer from drowsiness when their attention is not occupied, in spite of having had sufficient sleep. The human body, like the Earth, appears to be becoming dry, parched and barren because of lack of water as Nature is taking water from the fire, impregnated air, and precipitating it into the Earth, so that Spring growth may take place.

In the Bible, Taurus represents Asher, the eighth son of Jacob, and means blessedness and happiness. Asher received many great blessings from God and sometimes succeeded and sometimes did not. Asher, like most born under the Taurus sign, was only limited by his passion to finish what he had started. In the symbolism of the New Testament, Taurus corresponds to the disciple Thaddeus, whose name means firmness, or led by love. Thaddeus was always loyal, even when faced with hardship and pain. Not unlike a true Taurus.