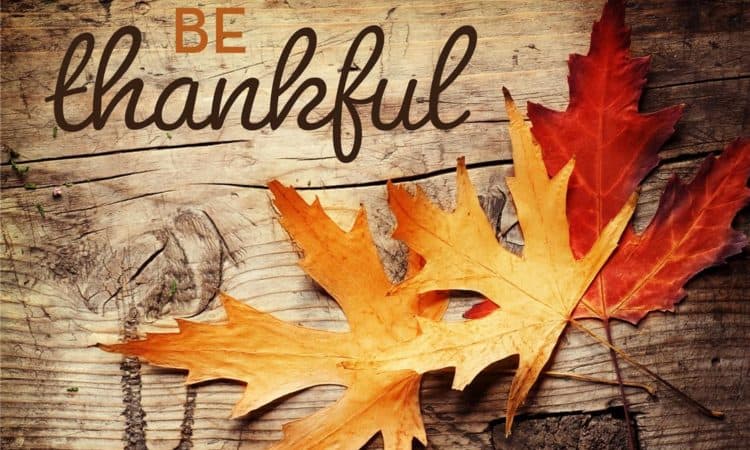 Thanksgiving is a day to spend some time with the people we care about, and to think about what it is that has made us the way we are today. It is a time of year to be thankful for everything we have. There’s something about the warm, coziness of being home with family for the holidays that lifts everyone’s spirit. Thanksgiving is a day filled with the sound of a crackling fire and the smell of a turkey roasting in the oven. But how did it all come about?

Thank you, Father, for having created us and given us to each other in the human family. Thank you for being with us in all our joys and sorrows, for your comfort in our sadness, your companionship in our loneliness. Thank you for yesterday, today, tomorrow and for the whole of our lives. Thank you for friends, for health and for grace. May we live this and every day conscious of all that has been given to us.

Thanksgiving Day of today is the celebration of the Pilgrim’s meal with the Native Americans on the fourth Thursday of November. It commemorates how newcomers were first welcomed by celebrating the harvest with their Native American neighbors.  Originally, it was traditionally celebrated on the last Thursday of November in the early 1800’s, but left up to the individual states to decide when each would celebrate.

Sarah Josepha Hale is a writer known for campaigning for an official date for 40 years through letters to political leaders to get this holiday recognized.  Finally in 1863, President Lincoln issued a proclamation that all states will celebrate Thanksgiving on the same day. This act was an effort to unite the North and the South, but due to the rebellion of the North’s authority, the holiday was not consistently celebrated on the same day until after Reconstruction.

A joint resolution was signed by Congress and President Franklin D. Roosevelt in 1941 to change the holiday to the fourth Thursday of November rather than the last, believing the earlier economic boost to be beneficial to the United States economy.

Redeemer, we also want to give You thanks for waking us up on this glorious day.

We thank You for protection, not only over ourselves, but for our loved ones as well.

We give thanks for health, strength, grace, forgiveness, peace, joy, for loving us unconditionally and never failing us.

Canada’s Thanksgiving is very similar to the American celebration, marking the successful harvest of French settlers in modern-day Canada. This celebration takes place in October when the weather is warmer. In 1957, Parliament moved it from November 6 to October, declaring, “A Day of General Thanksgiving to Almighty God for the bountiful harvest with which Canada has been blessed—to be observed on the 2nd Monday in October.” Feasting on turkey, stuffing, mashed potatoes, gravy, and corn are common the weekend before. Vacations and parades are also traditional.

Germany celebrates the Harvest Thanksgiving Festival in October, which, like American celebrations, consists of feasting and religious traditions. Their Thanksgiving takes place on the first Sunday of October. Erntedankfest is essentially a harvest festival that gives thanks for a good year and good fortune.

15 Reasons To Be Thankful on Thanksgiving

A variation on America’s Thanksgiving can be found in the West African nation of Liberia, which was founded in the 19th century by freed slaves from the U.S.  Mainly celebrated by Christians, Liberians take the concept of the cornucopia and fill their churches with baskets of local fruits like bananas, papayas, mangoes, and pineapples. An auction for these is held after the service, and then families retreat to their homes to feast.

The Netherlands observes a Thanksgiving Day service to honor the Pilgrims that lived in Leiden before continuing on to Plymouth. The people of Leiden still celebrate the American settlers who once lived there with a non-denominational church service on the fourth Thursday of November. Afterwards, there’s no turkey, but cookies and coffee are offered.

Thanksgiving Day in the United States is a holiday on the fourth Thursday of November. It is a day for families and friends to get together for a special meal. On this day, people express gratitude and thankfulness to God for his blessings and pay their thanks to dear ones for their immense love & support in their life.

The American tradition is highlighted by the Thanksgiving meal. Turkey is the most common main dish of a Thanksgiving dinner. Ham is often served alongside turkey in many non-traditional households. Delicious, classic recipes are always in style for a Thanksgiving feast. America’s favorite classic side dishes for Thanksgiving are mashed sweet or white potatoes and gravy, stuffing, corn muffins, cranberry sauce, and either a green bean, corn or Brussels sprouts casserole. Desserts include: pumpkin, apple or pecan pie.

A gratitude tree is a fun way to share what Thanksgiving means to each person. You can free-cut the shape of a tree with lots of branches from a brown 12″x12″ sheet of paper, then tape it to your dining room wall or attach it to the refrigerator. Cut out leaf shapes from various fall shades of paper. Let each family member write something for which they are thankful on a leaf and attach to the tree with tape. 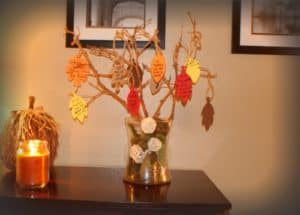 A variation could be a Thanksgiving Centerpiece. Cut a branch or two from the yard and put in a vase. Cut leaves from colored construction paper and put a string on each one. Each person takes a leaf or two and writes their name and date on one side and what they are thankful for on the other side, then hang them on the branch that would be in the vase in the center of the table. Leaves can be carried over from year to year as new ones are added. If your celebration includes many, you might want to have a side table for the tree, with cut greens from the yard, pine cones, and a few Christmas ornaments around the bottom.

Some Gift Ideas for Saying “Thanks” to Someone Special or a great hostess gift:

Perfect for Dads that love to snack! A decadent gift basket of chocolate, caramel, and crunchy gourmet treats

Great gift for birthday, thinking of you, or any occasion

Perfect gift basket for family and friends, or as a corporate office gift.

Let this gift inspire good feeling and a fresh outlook with all the ingredients for a great day.

Presented in a woven basket with a faux linen green bow