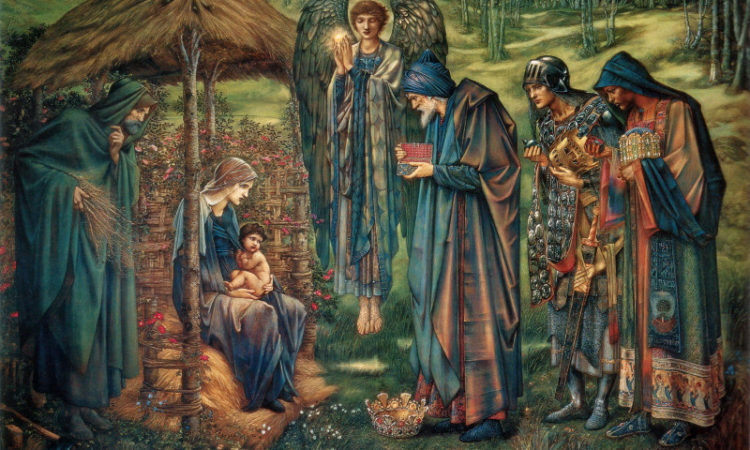 The Epiphany, or the Twelfth Day of Christmas, marks the official end to the festive season of Christmas. The Twelfth Night marks the visit to the baby Jesus by the Magi, Three Kings, or also known as the Wise Men. This Feast of the Three Kings is celebrated in many parts of the world. It is the last of the 12 days of Christmas and is observed annually on January 6th. The three Wise Men found the child by following a bright star across the desert for twelve days, on their road to Bethlehem. These three royal travelers, wearing jeweled crowns and rich robes, were Melchior, Caspar and Balthazar. The gifts they offered the holy baby Jesus were gold, frankincense and myrrh. This holy day is celebrated predominantly by Catholics and Orthodox Christians.

Everyone has a gift of something, even if it is the gift of being a good friend. ― Marian Anderson

In Spain and in other Latin countries, children place their old shoes outside their doors before going to sleep the night before Three Kings. The children also put out hay and grass for the camels. On this evening, traditionally there were prayers said, blessed dried herbs would be burnt, and their aromatic smell would fill the house. When the children would wake the next morning, their shoes would be full of fruit and toys. In Prague, there is a traditional Three Kings swim to commemorate Epiphany Day at the Vitava River.

Three Kings Day is an important holiday for the people of Mexico. They celebrate with a “Rosca de Reyes,” a holiday dessert shaped in a circle and topped with candied fruits, to signify a king’s crown. Placed inside is a small figure representing the baby Jesus. If you found the baby in your slice, you had to host a party on Candlemas Day in February.

In Germany, it is customary that young people dress like Wise Men and knock on the doors of their neighbors to sing carols. These singers, carrying a replica of the guiding star, are known as sternsinger and groups are typically comprised of four girls or two boys and two girls. The ask for donations for worthy causes. In Italy, elaborate processions are held and many participants dress in medieval costumes.

The Twelfth Night  marks the end of the traditional Christmas celebrations and is the time when everyone was expected to take Christmas decorations down. Many then begin the preparation for the Carnival season, which will culminate in 6 to 8 weeks with Fat Tuesday and then Ash Wednesday, the beginning of Lent.