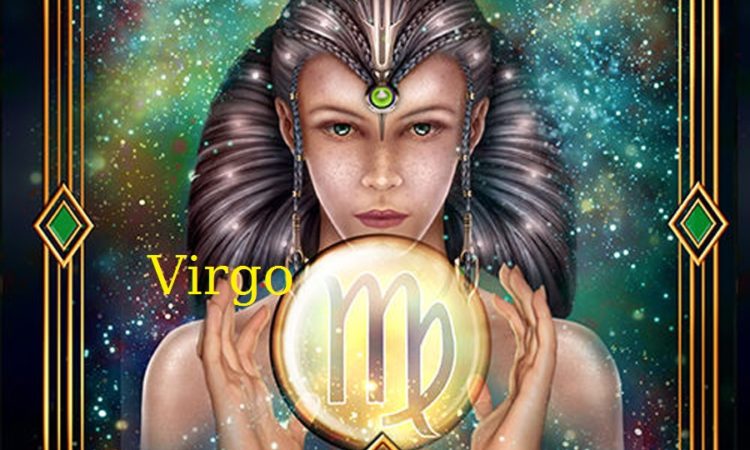 On the twenty-third of August, the Sun enters the Zodiac sign, Virgo, which is the Latin word for Virgin. As Virgo is the sixth sign in the natural Zodiac, it has to do with creation, but on a plane higher than what we are familiar with. The consuming fire of the Sun in August represents the first step in a different cosmic and physical process. It signifies the drawing of energy into the earth.

The constellation Virgo has many origins. The Greeks believed that Parthenos, which means virgin in Greek, explains how the actual constellation Virgo became to be. Virgo is the only Zodiac sign represented by a female. The Greeks and Romans also believed Virgo, associated with Demeter and Ceres, the goddesses of fertility and agriculture. The constellation of Virgo is not that hard to see as a picture of a maiden, if the right stars are connected with lines. There are the arms and a body covered with a gown. Through history, this has been the image related to the constellation.

Virgo is the sign of the Virgin. In ancient times, a Vestal Virgin was a maiden who was dedicated to the goddess Vesta or Hestia. This supposed being was the custodian of the Sacred Fire. It was lighted afresh annually at the Spring Equinox (Aries). The duty of the virgin was to keep the fire of the temple always burning, as its extinction was considered a national calamity. The virgins were required to be of spotless chastity.

In the ancient French calendar, the Virgo period is termed “the fruit month” which is very appropriate from the esoteric as well as the esoteric viewpoint. It was termed the Holy month by the ancients, as the nativity of the Virgin Mary fell on the eighth of September, and the exaltation of the Cross on the fourteenth. 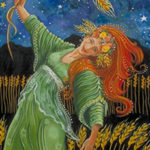 Ancient astrologers believed that Virgo had many names among nations and peoples. She is Isis, wife of Osiris; Juno, wife of Jupiter; Cybele, consort of Chronus; Venus, wife of Mars. She is Ceres, wife of Zeus; the Virgin Coronis, wife of Esculapius; the Virgin Maia, mother of Mercury; Rebekah, wife and sister of Isaac; Rachel, wife of Jacob; Ruth, wife of Boaz, and last but far from the least, she is the Mother of Christ.

Virgo is represented in the human body by the solar plexus and bowels, the solar plexus being the great receiving station of energy from the back brain, while the bowels complete the chemicalization of the food products ready to be assimilated by the blood. As it supplies the energy required by the organs in the torso, it is believed that anything affecting the sympathetic system will react instantly on the solar plexus.

In Ogygian ages and among the Orientals, Virgo was represented as a sun-burned damsel with an ear of corn in her hand, like a gleaner in the field. It was believed that the seed corn, when cast into the ground, lies there concealed and is carried off by the god of the underworld. When the seed sprouts and shoots upward, its appearance is said to symbolize the return of Proserpina to Ceres, the Virgin.

In the Bible, Virgo is represented by Joseph, the twelfth son of Jacob, and means “to increase power” or “son of the right hand.” His brothers faked his death and sold him to a caravan of Ishmaelite traders. He was a carpenter by trade, and became the adoptive father of Jesus.

Virgo corresponds to the disciple Bartholomew. He devoted his adult life to preaching the Gospel of Matthew, and died a martyr in 68 AD. Like many Virgos, he was said to be “incapable of deceit.”