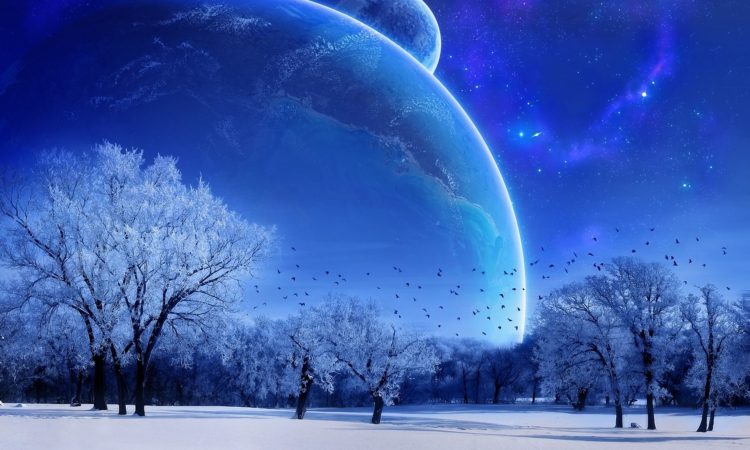 The Winter Solstice is the shortest day of the year. It is the day that the earth is tilted away from the sun, and receives the least amount of sunlight, on that day, and in this year. The Winter Solstice officially arrives at 5:44 a.m., Eastern time, on December 21, well before the sun rises. The term “solstice” derives from the Latin word “solstitium,” meaning “Sun standing still.” On this day, the Sun seems to stand still at the Tropic of Capricorn and then reverses its direction as it reaches its southernmost position as seen from the Earth. The December 21 solstice will occur at exactly the same instance for all of us everywhere on Earth.

Solstice celebrations are ancient traditions that span across various cultures and religions. The ancient Romans devoted a week of merriment and partying to mark this change in seasons, while in Ireland, a giant tomb called Newgrange was constructed in homage to the event. The Cathedral of St. John, in New York City, hosts a three-day event in order to celebrate the spirit of the holidays, to celebrate the Winter Solstice. Pagan religions celebrated the Winter Solstice, the singular moment when the Sun turned northward in the sky, as a sign that spring and warmth were coming. The pagan Scandinavian and Germanic people celebrated a twelve-day, mid-winter holiday known as Yule. The word is part of the longer word “yuletide,” which is a day of worship, and is seen as the day that nature reawakens.

One of the most elaborate celebrations in the UK occurs at Stonehenge, with crowds gathering to watch the sunrise on the morning of the Winter Solstice. The crowd often dresses for the occasion, as they gather at the historic site.

Throughout history, the Winter Solstice was the time when cattle was slaughtered so that the animals would not have to be fed during the winter, and the majority of wine and beer was finally fermented. Winter Solstice customs led to the Christmas tree becoming a major symbol. The Druids used evergreen trees to symbolize everlasting life during their Winter Solstice rituals.

Each year, there are summer and winter solstices and spring and autumn equinoxes that mark the transition between the seasons. The shadow you cast at noon on the Winter Solstice is the longest shadow you’ll cast all year. The Winter Solstice is a time to celebrate the fact that the cycle of the world turns. It is a time when change and hope is renewed.

We at www.secretserendipity.com wish you warmest thoughts and best wishes for a wonderful Winter Solstice to ring in this holiday season. Peace and happiness to all.