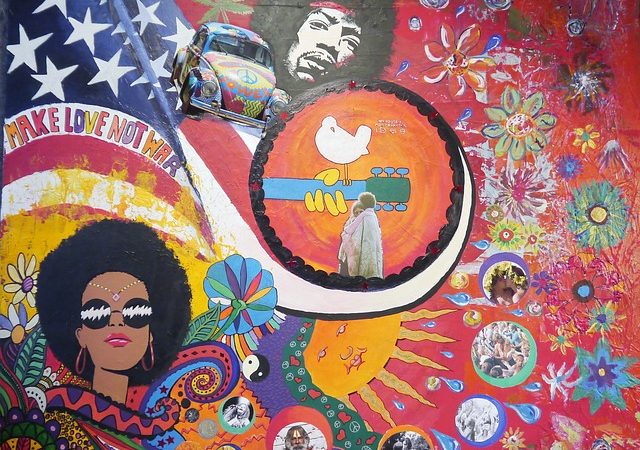 Woodstock was a display of peace, love and music at a monumental music festival of a half a million people, for three days in New York state.  The teens, in their movement of the 60s, believed that anything is possible if you believe in it.  They thought they could change the world.  The legend of Woodstock still manages to inspire. Rock festivals of all magnitudes try every summer for just a fraction of Woodstock’s impact.  Woodstock’s incredible success has yet to be duplicated.

No movement in our history defines a cultural change more accurately than the Woodstock, Flower-Power movement in the 1960s.  Music provided a support during these turbulent times.  These young people rebelled against society whose morals they held in disgust.  Woodstock symbolized the universal need for love and harmony.  Finding the outlet in music, the songs that were created during this period expressed the need for personal freedom and societal peace.  Woodstock and all that it represented lingers in the hearts and minds of the generation who were raised in this era.

We at www.secretserendipity.com believe in Woodstock’s theme of Peace, Love and Music always.