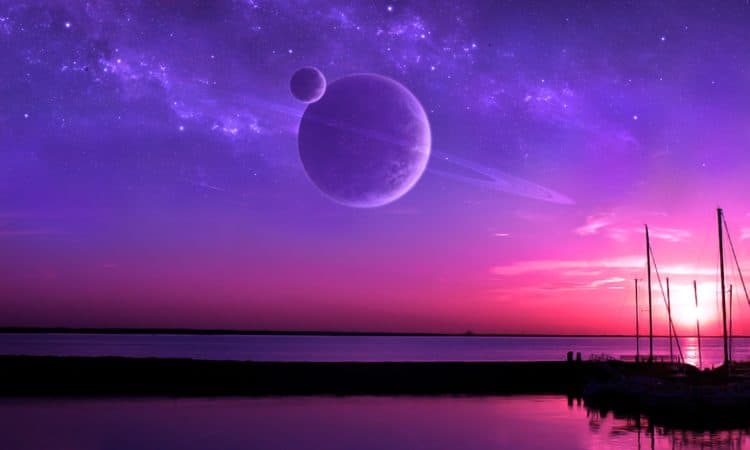 August 1 – The Moon is at Perihelion.

The Moon’s monthly orbit around the Earth will carry it to its closest point to the Sun – its Perihelion. The closeness of the Moon to the Sun at this point, makes it easier to understand the messages coming from our new awareness relating to our inner self. 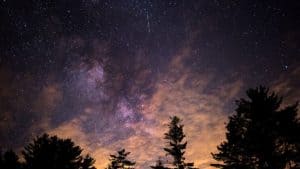 Some shooting stars associated with the shower are expected to be visible each night from 15 July to 20 August. The maximum rate of meteors expected to be visible is around 5 per hour. Seeing a meteor shower brings a gift that is given to us from heaven. It represents a mystery coming from something larger than ourselves, the cosmos. A meteor represents awareness of recognition of something beyond our present experiences.

When 16 Psyche lies opposite to the Sun in the night sky, the solar system is lined up so that 16 Psyche, the Earth and the Sun, lie in a straight line. The story of Psyche is not just about love lost, and love re-found, but about a deeper transformation within the soul/mind … the psyche! 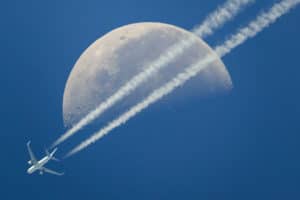 Over several days, the Moon will set later each day, becoming visible for more of the night. Within a few days, it will not make it very far above the eastern horizon before nightfall. By the time it reaches full phase, it will be visible for much of the night, rising at around dusk and setting at around dawn. It is the time to keep moving forward despite the fears, doubts and any emotions that can get in your way. Utilize any emotional energy you have, into a creative passion for great accomplishments.

Venus’s 225-day orbit around the Sun will carry it to its closest point to the Sun – its Perihelion. Venus is the planet of pure desire, and brings the energy of love, balance and harmony. It brings the ability to appreciate and to value, to love and be loved. 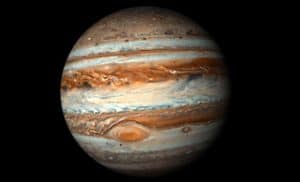 August 2019 Astrological Events: August 9 – Conjunction of the Moon and Jupiter.

The pair will be too widely separated to fit within the field of view of a telescope, but will be visible to the naked eye or through a pair of binoculars.

August 10 – Close approach of the Moon and Jupiter.

They will make a close approach, passing within 2°25′ of each other. The meetings of the Moon and Jupiter are generally happy transits, ideal opportunities for socializing. Due to the jovial energy of Jupiter you can generously overlook the flaws of others and focus on the good parts of any relationship. 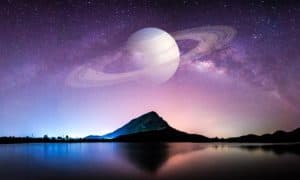 The Moon and Saturn will share the same right ascension, with the Moon passing 0°02′ to the south of Saturn. This is a time for transformation, a time to get things done. Saturn represents a facilitating energy. Without its presence, nothing in the world could get accomplished.

Annual meteor showers arise when the Earth passes through streams of debris left behind by comets and asteroids. Perseus is the son of the god Zeus and the mortal Danae. It is said that the Perseid shower commemorates the time when Zeus visited Danae, the mother of Perseus, in a shower of gold. It is a time for riches. Good fortune will find you if you are open to the energy.

This occurs once in every synodic cycle of the planet (584 days), and marks the end of Venus’ apparition in the morning sky. It brings hope to the hopeless. It is a time to wipe away all tears and appreciate the appearance of the morning star at daybreak. 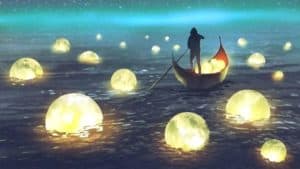 The Moon will rise later each day, becoming prominent later in the night. Within a few days, it will only be visible in the pre-dawn and early-morning sky. Some Native American tribes called the August Moon the “Sturgeon Moon” because they knew that the sturgeon of the Great Lakes and Lake Champlain were most readily caught during this Full Moon. They also called August’s Moon the “Full Green Corn Moon.”

Asteroid 39 Laetitia will be well placed for observation, lying in the constellation Capricornus, well above the horizon for much of the night. It brings awareness to your creative ability that is kept to oneself, talents that express only when forced or through pain. Lying in the constellation Capricornus, it is associated in a material sense with ambition, and in a spiritual sense with ascending the heights. 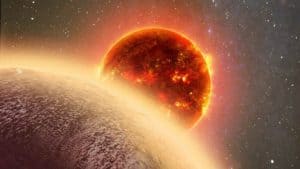 Yellow is a color of intellect and clarity. Wear yellow when you’re having a fuzzy-minded spell. Mercury’s attention is attracted to yellow, and offers clarity in response to it.

Some shooting stars associated with the shower are expected to be visible each night from July and into August. They represent the energy of other worlds. They remind us that we are only guests on this planet. Seeing it will be exciting as we become a part of history in the sky. Grab a blanket and a comfortable chair and go to a place where there are no visual obstructions and watch the majestic celestial fireworks.

It brings a clarity of thinking. The arrival of this comet signals a rebirth within us, new beginnings from which we can begin the next part of our life journey. 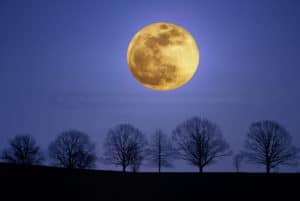 Over coming days, the Moon will rise later each day. By the time it reaches New Moon, it will rise at around dawn and set at around dusk, making it visible only during the daytime. It’s under this Moon that you will have the opportunity to let go of all grudges and release all anger.

Unlike most of the planets, which follow almost exactly circular orbits around the Sun, Mars has a significantly elliptical orbit. Its distance from the Sun varies over 20% – meaning that it receives 31% less heat and light from the Sun at Aphelion, as compared to Perihelion. Mars is the planet of desire, action, and energy. It represents the survival instinct of humanity. 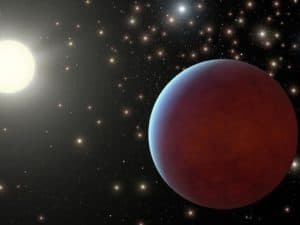 The pair will be visible in the dawn sky, rising before the Sun. It is a cluster of stars better known by the name the “Beehive Cluster.” It is a time for the development of healthy boundaries from a place of self-love, and connection to the Global Community, or “Hive.”

The Moon will pass close to the Sun and become lost in the Sun’s glare for a few days. The New Moon gives us the opportunity to start anew and refresh our dreams and desires. During this New Moon, take time to reflect back on your old goals and set yourself new ones.