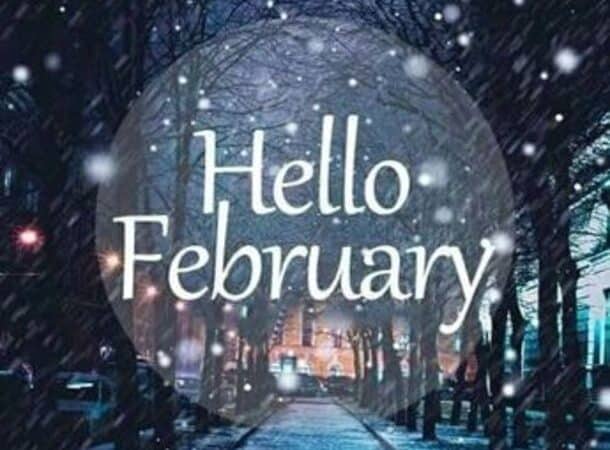 February 2023 Full Moon in Leo – The Moon is Full in Leo on February 5, 2023. The Moon determines how plans and undertakings will be implemented. You just need to structure your ideas, your direct energy, in the right direction – and success will not keep you waiting. On the Leo Full Moon, you need to live beautifully and easily, The Full Moon is a time of culmination and the promise of fulfillment of that which was started at the New Moon.

February’s Full Moon is the Full Snow Moon. All Full Moons have popular nicknames. The bright, Full Moon in February is commonly called either the Snow Moon or the Hungry Moon. February is typically the snowiest month in northern North America, and, as a result, some Native Americans found it to be the most difficult month in which to hunt, prompting the name Hungry Moon. Full Moons are thought to be very powerful. They create an intense energy which can either create tension, reveal truths or lead to some sort of change in your life. The Snow Moon gives people a chance to reset and re-evaluate. It’s about new dreams and overcoming past hurts, forging forward with greater sense of purpose. It’s a time to embrace change.

If you were born before February 19, you are an Aquarius, a sign associated with intelligence, independence, and quirkiness. If you were born at the end of the month (February 19th or later), you fall under Pisces, a sign known for being kind, compassionate, and easygoing. Pisces are incredibly empathetic – they can read a room like no other zodiac sign. They pick up on other people’s moods easily and are affected by them. They are like chameleons who adapt to their emotional environments.

February 2023 A Time of Free Spirits!

Aquarians tend to be free-spirited and rebellious. They have a unique perspective on life and the world and question everything and everyone around them. They are forever in search of profound, meaningful connections and conversations, and bore easily when these needs aren’t met. As an air sign, Aquarians are usually great at expressing their thoughts and their feelings, often with a flair for comedic dramatics.

The Age of Aquarius has been associated with the hippies of the 1960s and ’70s, and often within the New Age movement. In both cases, the arrival of the Aquarian age has been associated with harmony and understanding, sympathy and trust abounding. And that brings us to the 1967 smash-hit musical “Hair,” with its opening song Aquarius, by a musical group called the 5th Dimension. The song opened with the lines: “When the Moon is in the Seventh House, and Jupiter aligns with Mars, then peace will guide the planets and love will steer the stars. This is the dawning of the Age of Aquarius…” This will also be the beginning of Peace in the land as Aquarius moves into Pluto.

The Age of Aquarius is a time of questioning and many people seem to feel a sense of foreboding. The anxiety that many of us feel is related to the energy of change. Change is hard for human beings and it takes us time to adjust. There have been so many technological and spiritual changes in the world. These changes took place at an alarming rate. The Aquarian Age has been dawning upon us and we are already in it. This is a time for all of us to start to question our beliefs and open our minds to the teachings of Christ and the great religions. It is a time to come together as a society and help each other instead of focusing on who is right and wrong and which religion is true or false.

We will see things more clearly this year, but we won’t really feel change until Aquarius moves into Pluto in 2024. This is because Pluto is a planet that changes and transforms, and this will be when structures really crumble; there will be upheaval in society, and finally, we will see real change implemented as things improve. Saturn will be in Aquarius for the next two and a half years, so get ready. The next few years are going to be a really exciting time to be alive

February 2023 Brings out the Thinkers!

The Aquarian Age will bridge the gap between Personality and Soul, between the physical and non physical worlds and especially between cause and effect, also known as Karma! The in-pouring energies of Aquarius are pushing us to wake up to our true task as conscious beings and take up our role as the thinkers of the earth. As more and more souls awaken to this responsibility, things will begin to change for the better here on this beautiful planet we call home.

Yes it’s cold, wet and not-quite-spring-yet, but February has plenty of other good stuff going for it. The days are getting longer, the evenings lighter, and before you know it, it will be spring. It’s pancake day on the 17th. PANCAKE DAY. In February, the monthly observances remind us to care and recognize the accomplishments of others. Actively taking the time to focus on being your best self and focusing on your family and friends enables you to be more compassionate and giving, and to love others in a better way. We are reminded to show love for our significant other, our friends and ourselves.