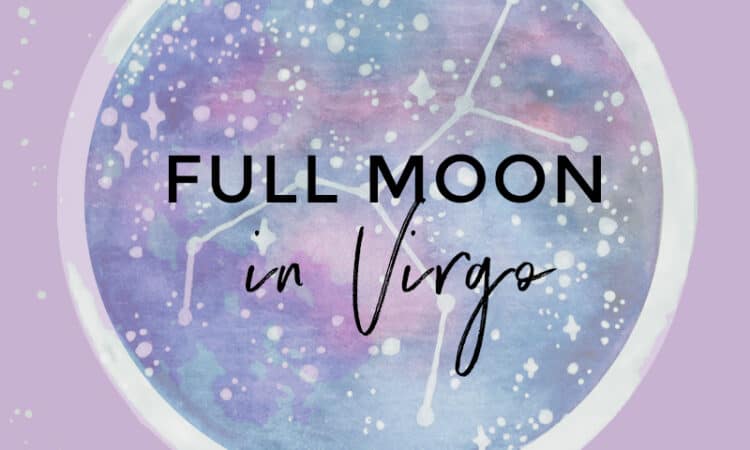 February 27 2021 Full Moon in Virgo! It’s time to strap on snowshoes in the back country, the Snow Moon rises at 3:17 a.m. Eastern time. This month’s Full Moon is also called the Storm Moon and the Hunger Moon.

The Moon will be located on the opposite side of the Earth as the Sun and its face will be fully illuminated. This Full Moon was known by early Native American tribes as the Snow Moon because the heaviest snow usually fell during this time of the year. Since hunting is difficult, this moon has also been known by some tribes as the Hunger Moon, since the harsh weather made hunting difficult.

While some Native American tribes named this the Hunger Moon, others called it the Storm Moon. Some tribes referred to this Full Moon as the Full Hunger Moon. The late winter lunar cycle was called the Hunger Moon by many different peoples in many different languages, and always for the same reason. When you depend on the land where you live for food, and the land has been frozen for months, you are likely to be hungry. The Hunger Moon falls at the end of winter when game is scarce and predators are particularly hungry.

The power of this Full Moon pushes us aside and gets the ego out of the way, whether we like it or not, so that the Universe can do its part. But only for 48 hours. We build it here, and the Universe supplies the energy. But if we get in the way, well then the energy has nowhere to go and we wonder why we aren’t healthy, wealthy, happy or advancing. This day has a generally confident vibe to work with, reminding us that the key to creating our own luck, in most cases, is our ability to believe we are worth it and that we are ready for it. Believe in yourself!

During a Full Moon, ocean tides are higher than usual from an increase in the gravitational pull from the Moon and Sun. Considering that the body is 80% water, scientist and astrologers have often thought that similar effects happen in the body creating almost a “human tidal pull” that can affect brain function. Also, the Full Moon’s light is being shed on the dark parts of you, and when you allow yourself to open up, you make space for deep healing.

A recent study, conducted under the highly-controlled conditions of a sleep laboratory during the Full Moon, found that people took five minutes longer to fall asleep on average, and slept for 20 minutes less overall, compared to during the rest of the month! The Full Moon disrupts the deepest phase of sleep, the REM phase, as the cosmic night light can cause poor sleep quality. Coupled with the potential for increased energy and restlessness, it may make sleeping during a Full Moon extra difficult.

The Full Moon is a great time to ‘Moon Bathe’ and this can be done inside or out. Take a few minutes to sit under the light of the Moon and Meditate. Before you meditate, write down any thoughts, feelings or actions that you are releasing during this lunar cycle. Then, in a fireplace or clay pot, safely burn the paper on which you wrote. Actively let go of that which no longer serves Then, as you breathe-in, allow the Moon to warm your heart. We are often so busy taking in the energy of world around us that we forget to take in the energy of the world that lies within us. This is a time when you dive more deeply into what makes you YOU, as you cultivate clarity, vitality, and balance for your whole being.

If nothing else, utilize this Full Moon as an excuse to make time for yourself and to reflect upon the vibes you emanate to the rest of the world. The Full Moon is a time of celebrating the ease in your life so that you can become clear on what is not in alignment and recognize what needs to be released in the next phase. The Full Moon is also a time to be quiet, to find your peace, to let go of some things. Take a deep breath and forgive others who did you wrong. You are actually doing it for yourself. Be kind, and you will always have peace.

More on the “Hunger Moon”