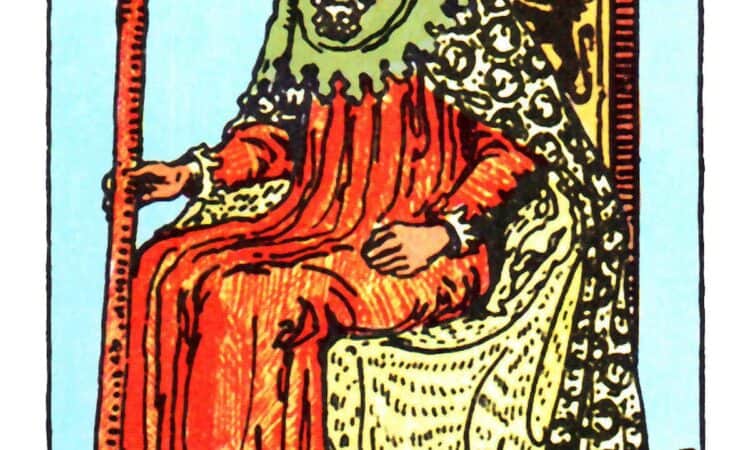 The King of Wands symbolize high expectations, leadership and new visions. The King of Wands sits on a throne which is adorned with salamanders and lions. He wears a majestic, yellow cloak richly detailed with large salamanders. This shows your ability to delegate is strong and this is an indication of a new level of maturity – you can trust other people instead of trying to do everything yourself. This Card also symbolizes that you are the one who is ready to commit to someone even if you are still focused on your career and work. In relationships, your charisma is at an all-time high and you can seduce a great catch with a dramatic ease.

When the King of Wands Reverses he topples from his throne and loses his crown. Lying in the dust, his Wand broken by his side, he looks sad and pathetic. He has either lost his power or it has been taken away from him by another. He has lost the control he demands. The King of Wands Reversed may suggest that the person you are interested in, or drawn to, is aware of you, and interested too, but will not make a move. Even if you have managed to give them your cell number don’t expect to get a call or text no matter how much they like you.