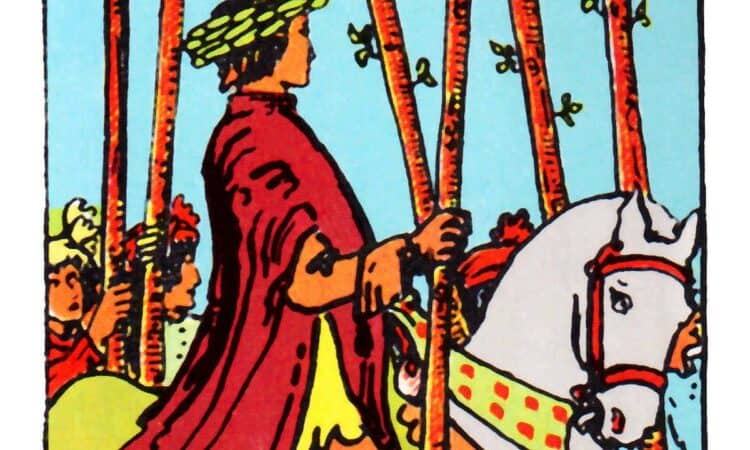 The Six of Wands symbolize self-confidence, public recognition, success and progress. The Six of Wands appearing can suggest a time in life when you eventually receive the praise and acknowledgment you have rightly earned. You have beaten the rest and are declared “The Best.” Make sure that you deliver on anything you have promised or given your word on in order to maintain the support of friends and family. The Six of Wands symbolizes a successful relationship is coming, or is already here, where both partners have similar goals and are go-getters. People respect you and are happy for you.