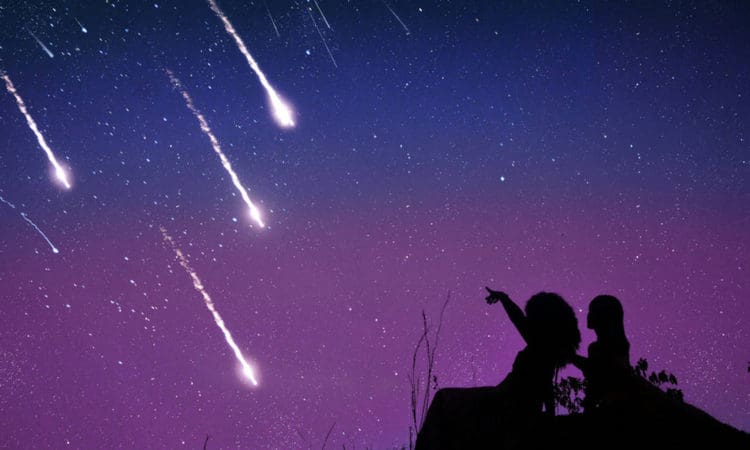 The globular cluster Messier 22 in Sagittarius, near the Galactic center, will be well placed for observation. It reaches its highest point in the sky around midnight. Located in the sign of Sagittarius, it represents humanity’s need to overcome animalistic instincts by widening its horizons to attain knowledge, wisdom, and an understanding of the greater truths. 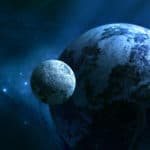 The New Moon at Perihelion, the Moon’s monthly orbit around the Earth, will be at its closest point to the Sun. The Moon will pass in front of the Sun, creating a total eclipse of the Sun. Solar eclipses occur when the Sun, Moon and the Earth are aligned in an almost exact straight line, with the Moon in the middle. During a total eclipse, your balance may be affected, or you may feel out of sorts, you may also feel extra sensitive to the energies and emotions of those around you.

As today’s perigee will occur close to the time of the New Moon, the Moon will appear as no more than a thin crescent. This is our time for new beginnings. The New Moon’s purifying energy is there to aid us in our reflection on what has transpired and what is to come in our life’s journey. 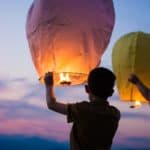 There will be a Conjunction of Mars and Mercury where they will share the same right ascension with Mars passing to the north of Mercury. The aggressiveness Mars conjunct with Mercury brings to us, the independent mind, independent thoughts, words in action, having the courage to say what we think and brave enough to stand behind our words.

The Capricornid meteor shower will reach its maximum rate of activity, tonight. Some shooting stars associated with the shower are expected to be visible each night from July to August. Meteor showers are good omens for romance.

The Moon is at First Quarter. Saturn will be well placed for observation in the constellation, Sagittarius. It will be visible for much of the night, reaching its highest point in the sky at around midnight. During this First Quarter, your intentions receive more energy to expand and grow. The energy is available and nature is supporting you, go for it!

The bright globular cluster NGC 6752 in Pavo, the third brightest star cluster, will be well placed for observation. This star cluster is believed to help relieve feelings of anger and resentment, and they are known to help you if you have anxiety, stress or other negative emotional feelings. 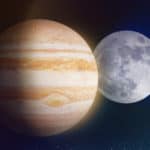 There will be a Conjunction of the Moon and Jupiter. Their Conjunction symbolizes the cross, which represents a meeting of ideas – a cross roads coming together to unite and combine two paths of philosophy. This plays nicely in Jupiter’s symbolism of being a dimension of balance.

Pluto will be well placed for observation in the constellation, Sagittarius. Pluto in Sagittarius brings a feeling of fulfillment when traveling. Meeting new people and having different experiences is what makes us most happy at this time.

The Capricornid meteor shower will reach its maximum rate of activity tonight. Watching as little bits of cosmic dust hurtle through the skies above tends to remind us of just how small we are in the context of the Universe. 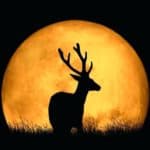 Tonight is the night of the Full Moon, Thunder Moon, and Full Buck Moon. The Full Buck Moon represents the buck’s antlers in full growth mode. The name “Thunder Moon,” according the Old Farmer’s Almanac, was adapted from native peoples in what is now the United States, where summer is thunderstorm season, especially in the Northeast and Midwest. Because thunderstorms are such a defining characteristic of this month, according to Farmer’s Almanac, the Full Moon remains truthful to its name.  This Full Moon is going to bring about interesting encounters in your personal life, as well as fun and stimulating events.  The Full Moon of July often casts an exuberant vibe, making it a great time to have a party. This also opens the door for meaningful people to step into your life. 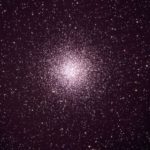 Across much of the world the globular cluster M55 (NGC 6809) in Sagittarius (also known as the “Summer Rose Star”) will be well placed for observation. It will reach its highest point in the sky at around midnight This “Summer Rose Star” is symbolic of the spirit that grows within each of us.  This globular cluster, M55, has a vibration that encourages healing. This healing, as recognized in their crystal healing, can bring balance to our emotional body, and help us to overcome stress and anxiety. Because of their structure, they send light out in a variety of different directions, to create an outcome of heightened light and energy in their surroundings. 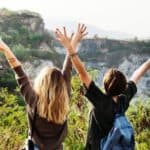 The Moon will reach the furthest point along its orbit to the Earth and will appear slightly smaller than at other times. The Moon’s distance from the Earth varies because its orbit is not perfectly circular – it is instead slightly oval-shaped. This brings us energy to stop letting our emotions have their own life. Let them pass, and don’t act on them. It gives us energy to break any bad habits, to break the cycle, and move forward with a positive attitude.

Mercury will pass very close to the Sun as its orbit carries it between the Sun and Earth. Spiritually, Mercury carries the messages between the soul and the brain and establishes accurate relations between the lower self and the higher self. It is, therefore, the Illumined Mind, relating soul and personality. 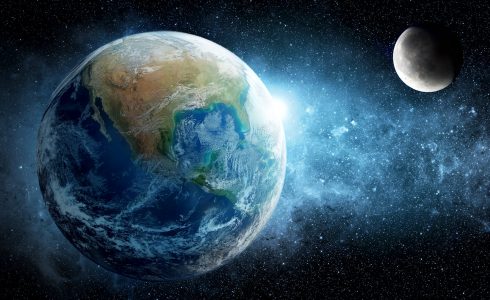 The Moon is approaching Last Quarter. The Moon will rise later each day, so that it is visible for less time before sunrise. Over the next few days, the distance between the Moon and the Sun will decrease and it will rise later each day. It is a cleansing and meditative time as we prepare for the New Moon phase next week when the cycle begins all over again.

The Moon is at Last Quarter with a visibility of 46%. This is the time to seek balance and not to try anything new. Time to release and let go of any negativity and things you no longer need or are things that are no longer working.

The δ–Aquarid meteor shower will reach its maximum rate of activity, tonight. Annual meteor showers arise when the Earth passes through streams of debris left behind by comets and asteroids. As pebble-sized pieces of debris collide with the Earth, they burn up at an altitude of around 70 to 100 km, appearing as shooting stars. Seeing a shooting star means that there is going to be a big change in your life. A life changing event is on the way, and you should get prepared. 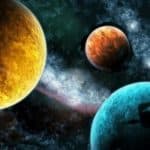 There will be a Conjunction of the Moon and Mercury, today. Both will be located in the constellation Gemini. This Moon in Mercury – Gemini brings hunger for the stimulation of new people, situations, news, colorful sights and culture. It’s a time to tap into the minds of others, and exchange what each knows, through conversation.

The New Moon will pass close to the Sun, and become lost in the Sun’s glare for a few days. This is a time we usually experience sudden insights and develop new ideas. It is a great time to be creative and participate in writing, painting or anything else that allows the mind to be inspired.