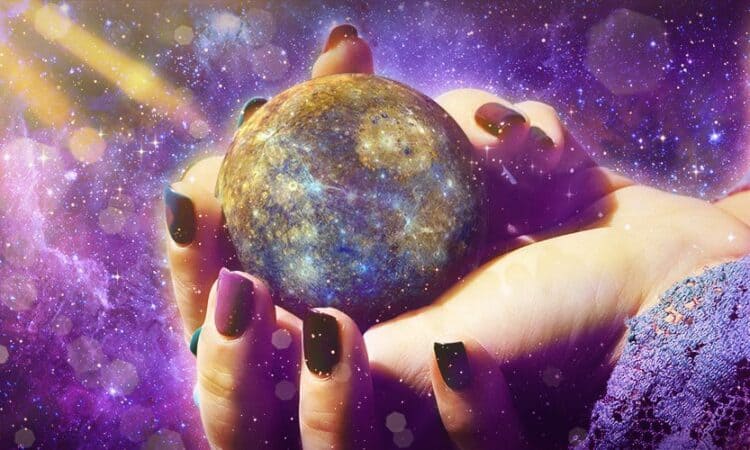 June 18 2020 Mercury Retrograde – Three times a year, it appears as if Mercury is traveling backwards. We refer to these periods as times when Mercury is in retrograde motion, or simply “Mercury Retrograde.” These times in particular were traditionally associated with confusion, delay, and frustration.

While in Cancer, Mercury has a tendency to make you take everything personally. Funny, pleasant, and positive interactions make you feel awesome, but arguments or even slightly snarky comments make you feel like you’re hitting rock bottom. Cancer usually hides in its shell when there’s conflict, but the crab has some mighty claws that can come out when provoked.

Mercury is a flexible planet and its energy can be quite immature at times! It is often observed that Mercury has few morals. It’s not immoral, it’s amoral: it seeks understanding and recognizes connections and possibilities without particularly engaging in the rights and wrongs of those possibilities. Unconscious habits may trip you up now so try to be as self-aware as possible, and be willing to accept responsibility for your role in any interpersonal problems that arise.

Mercury acts erratic when it goes Retrograde, wherever it is placed. Expect annoyances at home with baking, gardening, and household duties under domesticated Cancer. Complete repair projects that weren’t finished or done correctly. While in Cancer, Mercury Retrograde will take us back to the past and make us focus on our childhoods and roots. We can expect old memories to be revived and emotions could even resurface.

Mercury enters Cancer’s waters on June 18th, and stays until July 12th. This is an excellent period to reconnect with a member of your family, with whom you haven’t been in touch for a long time or to reconcile with someone dear, by reevaluating the situation that caused conflict. This transit period also relates to the body, so take good care of your health during this transit. If you feel tired, rest. If you feel ill, don’t push through but instead do what your body needs to heal.

Mercury is the name given by the ancient Romans to the Greek mythological god, Hermes. Mercury is depicted as a male figure having winged sandals and a winged hat, indicating the ability to travel quickly. He was the official messenger of the ancient gods and goddesses and, as such, governed communications. Mercury was only the messenger of the gods. It wasn’t his job to judge the messages and information that he imparted, only to communicate them.

During this Retrograde, bring out the Essential Oils. Rub a small amount of lavender oil on your pulse points at night. Scent connects and calms the part of our brain that does the stressing out, so using it to keep you calm can be a great strategy. Essential oils are so accessible now. They are highly concentrated, natural extracts from the leaves, flowers, and stems of plants. The most common way to use essential oils is to inhale them, both for their amazing scent and their therapeutic properties. They can also be used in diffusers and humidifiers, and can be diluted with a carrier oil and applied to the skin.