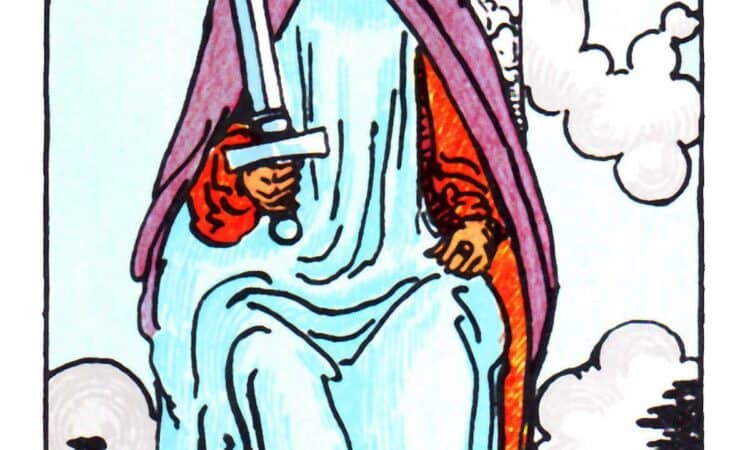 The King of Swords symbolize mental clarity, authority, truth and intellectual power. The King of Swords sits on a structure which appears more like a pillar than a regal throne. His crown depicts a winged spirit, connecting this man to the element of Air. This King in a reading may be telling you that you must use your head in situations and not let your emotions cloud your good judgment. This card suggests that someone is giving you clear, sound advice, so don’t discount it. But in relationships, the King of Swords does not deal very well with emotions and may not be sensitive to any hurt feelings.

The Reversed King of Swords may suggest weakness and lack of power. The King may have no say over anything in his life and is controlled by others. He is suggesting the need to retreat to find mental stability once again. A Reversed King usually indicates someone who either isn’t leading well or who isn’t getting the respect he or she deserves. It also represents a person who has been so set in their ways for so long that it almost feels impossible to change them. They could be taking life too seriously and need to lighten up. The King of Swords sometimes shows up Reversed when a person is holding back truths they should be telling.